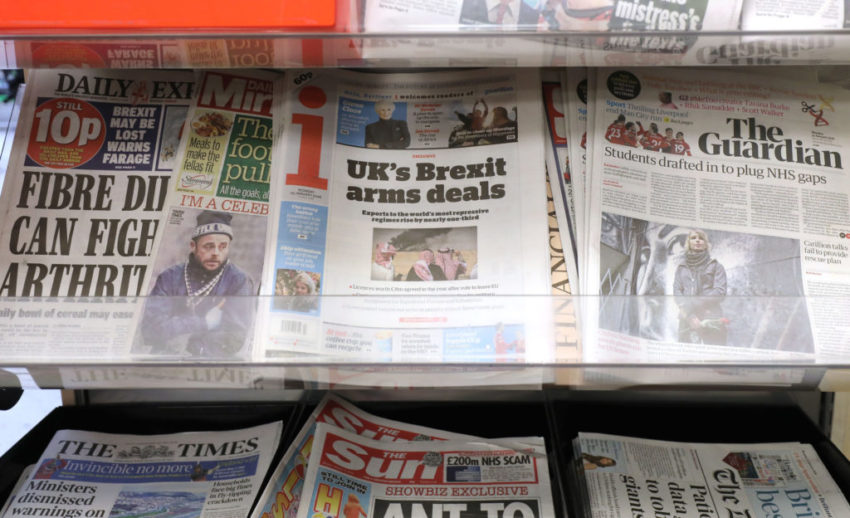 Creditors of defunct media group Johnston Press are facing a “significant shortfall”, administrators said after the business was sold in a pre-pack deal.

The owner of titles including the i Newspaper, The Scotsman and The Yorkshire Post went into administration on November 17 and was sold to a new entity controlled by the company’s bondholders later the same day.

In a report released on Friday, advisers at AlixPartners said although funds would be distributed to bondholders and unsecured creditors, there would be a “significant shortfall” to creditors.

JPIMedia is controlled by Johnston Press’s bondholders, who agreed to cancel £173 million of debt and inject £8 million cash into the business as part of the pre-pack sale.

A spokesman for AlixPartners said the sale represented the “best available outcome for creditors”.

“Proceeding with a swift ‘pre-pack’ had the additional advantages of mitigating disruption to the business and importantly preserving jobs across the organisation,” he said.

Concerns have already been raised by unions and MPs over the sale after the pre-pack process allowed the new owners to shed pension liabilities.

The taxpayer-backed Pension Protection Fund (PPF) is expected to put in a claim with the administrators for £305 million.

The document released on Friday also revealed Rothschild, which had been seeking a solvent sale of the business, engaged with 63 potential buyers in the first phase including private equity firms, shareholders and other media companies.

Six offers were received for all or part of the group, ranging from a proposed acquisition of the whole company for £150 million to an offer for the Observer Series and West Sussex Gazette titles of £30,000.

Advisers and the company’s directors decided none of the offers would have raised sufficient funds to pay off debts.