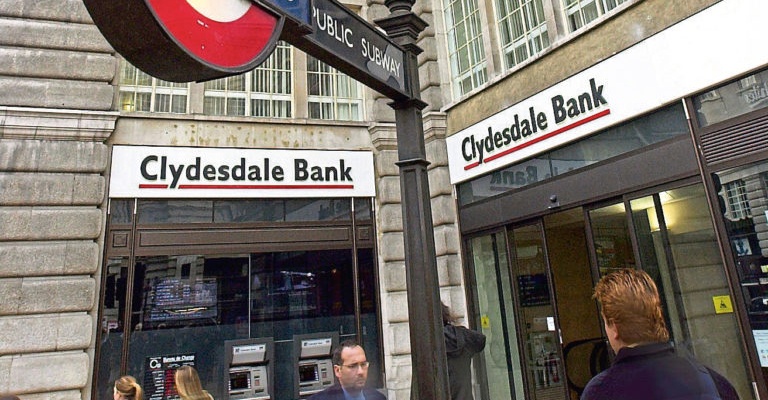 SMEs are rushing to join a proposed lawsuit against Clydesdale Bank, the firm managing the claims said yesterday.

The planned legal action is focused on tailored business loans (TBLs) offered when Clydesdale – now part of CYBG – was a subsidiary of National Australia Bank (NAB).

RGL Management, which was formed to gather claims against Royal Bank of Scotland over the conduct of its now defunct Global Restructuring Group, said the number of SMEs in the joint action against Clydesdale and NAB would soon top 500.

A further 550-plus smaller businesses are expected to join due to a tie-up between RGL and All Square Finance, one of the UK’s leading claims management firms for business banking claims.

A spokesman for RGL, which expects the legal action will result in hundreds of millions of pounds in compensation, said “a large proportion of the claimants” were in Scotland.

RGL, which has had funding from Augusta Ventures for the litigation, said the case would focus on “fraud and dishonesty perpetrated by Clydesdale”.

The firm added: “Between 2001 and 2012, it is estimated that just over 8,300 fixed rate TBLs were sold, and together, allSquare and RGL are expecting significant numbers of affected individuals representing SMEs to join the claimant group.

“RGL is also developing a mechanism to reinstate a mass of companies that were struck-off after damaging events relating to a TBL.”

James Hayward, RGL’s chief executive said: “Clydesdale and NAB now have a bigger, stronger and more determined group to face. Our case is strong and we will issue proceedings in due course.”

AllSquare was founded in 2012 to bring claims for businesses against banks over the mis-selling of interest rate hedging products.

Since 2014, it has focused on the sale of TBLs and built a backbook of hundreds of businesses with potential claims to bring against the former NAB-owned Clydesdale and Yorkshire banks.

AllSquare managing director Daniel Hall said: “By joining with RGL’s action, we are extremely pleased to be able to offer a cost-effective route to compensation for not only our clients but also the many other affected businesses up and down the UK.

“The combined claim will be significant and RGL’s expertise, legal team and funding will ensure that we have the best possible chances of success.”

Glasgow-based CYBG declined to comment yesterday but has previously said it would defend itself “in the strongest terms possible”.