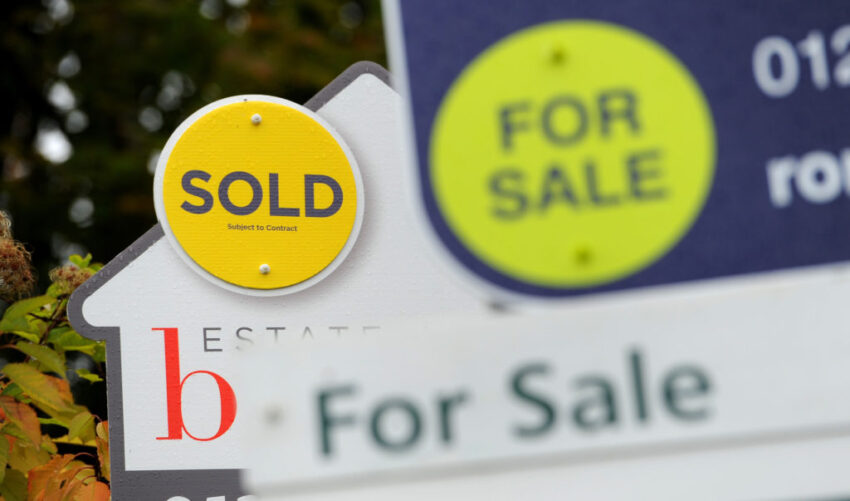 House price growth slowed sharply as 2018 drew to a close – recording its weakest annual growth in nearly six years, according to an index.

The 0.5% increase in December was the weakest since February 2013.

House prices were down by 0.7% month-on-month in December.

The weakest performer regionally for annual house price growth was the Outer Metropolitan area, which includes Reading, Slough, Windsor and Maidenhead and Wokingham.

Northern Ireland was the strongest performer, with house prices in the fourth quarter of 2018 up by 5.8% annually to reach £139,599 on average, followed by the East Midlands and Wales, where house prices lifted by 4% annually.

“This marks a noticeable slowdown from previous months.”

He said there have been indications a softening in the housing market was likely, including weakened consumer confidence and reports of falls in inquiries from new buyers.

Mr Gardner continued: “It is likely that the recent slowdown is attributable to the impact of the uncertain economic outlook on buyer sentiment, given that it has occurred against a backdrop of solid employment growth, stronger wage growth and continued low borrowing costs.

“Near term prospects will be heavily dependent on how quickly this uncertainty lifts, but ultimately the outlook for the housing market and house prices will be determined by the performance of the wider economy – especially the labour market.

“The economic outlook is unusually uncertain.

“However, if the economy continues to grow at a modest pace, with the unemployment rate and borrowing costs remaining close to current levels, we would expect UK house prices to rise at a low single-digit pace in 2019.”

He said: “This trend was not entirely unexpected, however, as it followed several years of sustained outperformance by the South (especially London and Outer Metropolitan) which left affordability more stretched in these areas…

Howard Archer, chief economic adviser at EY ITEM Club said: “The housing market ended 2018 very much on the back foot.”

He continued: “Brexit and economic uncertainty may well have an increased dampening on housing market activity in the near term at least.”

Jeremy Leaf, a north London estate agent and a former residential chairman of the Royal Institution of Chartered Surveyors (Rics) said of Nationwide’s figures: “Unfortunately, they are confirming a bit of a wake-up call for the housing market in that after steady progress, without much change one way or the other, prices have experienced a nasty bump.”

He said: “Looking forward, this is always a fairly quiet time anyway for the market so the reasonable start we have had to business won’t be seen in the figures for at least the next month or so.”

“As long as borrowers can meet affordability criteria, whether they are taking out a new mortgage or switching to another deal, there will be plenty to attract them for a while yet.”

Here are average house prices across the UK’s nations and regions in the fourth quarter of 2018, with the annual change, according to Nationwide Building Society: