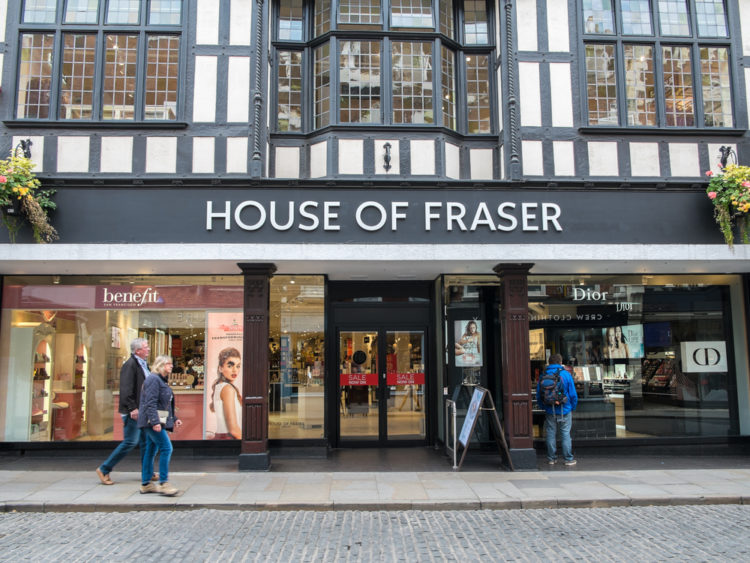 House of Fraser is in danger of having its emergency funds delayed after landlords launched a legal challenge to its restructuring process.

A cash injection of £70m from new owner C.banner is dependant on the completion of the company voluntary arrangement (CVA) which was approved last month.

But a number of landlords have sought to overturn the result, with their representatives calling the process “unfairly prejudiced”.

In an announcement filed to the Hong Kong exchange yesterday, C.banner said that it would need additional time to finalise details of the plan due to the legal action.

It now expects to dispatch a circular to shareholders regarding the deal no later than 31 October, leaving the struggling department store short of funds for some time.

The Chinese company, which also owns Hamleys, announced plans to buy a 51 per cent stake in House of Fraser in May and provide a funding lifeline.

But the cash injection has been a point of contention, and was mentioned by representatives of landlords challenging the CVA in a statement last week.

“We strongly believe it to be unjust for the existing shareholder in House of Fraser to receive £70m of value, the details of which were not communicated initially, whilst certain landlord creditors are shouldering the financial impact of the process,” said Mark Fry of Begbies Traynor and Charlotte Coates of JLL.

“It is our view, and that of our legal counsel, that landlords have been disproportionately affected during this CVA process; not only compared to other creditors, but also to how they could have been treated if alternative routes to rescuing the business were fully explored.”