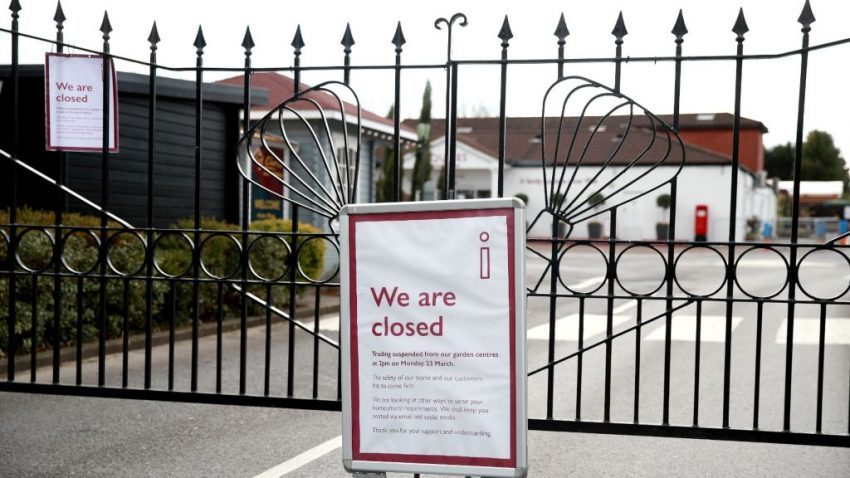 Labour leader Sir Keir Starmer has warned of “falling behind other countries” if the government does not soon publish an exit strategy from the coronavirus lockdown.

Increasing the pressure on ministers to spell out how they might ease stringent social distancing measures introduced more than five weeks ago, Sir Keir said a continuing delay also risks splitting the four-nation approach of the UK as a whole to the COVID-19 pandemic.

Foreign Secretary Dominic Raab downplayed any immediate prospect of the government setting out “concrete proposals” this week, although he revealed the government would keep the reopening of garden centres “under very close review”.

Highlighting how many other nations have published “exit plans of one sort or another” – including Wales and Scotland in the UK – Sir Keir told MPs during Wednesday’s Prime Minister’s Questions: “Delay risks not only falling behind other countries, but also the successful four-nation approach so far.”

He added that plans announced by countries such as France, Germany, Spain, Belgium, New Zealand and Australia had revealed “common issues” over the reopening of schools and some business sectors.

Sir Keir urged the government to be “open” with the British public about how the lockdown might be eased.

But he stressed he was not calling for the lockdown to be lifted now, or for ministers to set out a timeframe for easing social distancing measures.

“I said I wouldn’t ask the impossible and I won’t, what I’m asking for is for the government to be open with the British people about what comes next,” Sir Keir said.

In response, Mr Raab – who deputised for Boris Johnson following the birth of the prime minister’s son with fiancee Carrie Symonds on Wednesday morning – said it would be “wrong” for the government to set out “concrete proposals” on easing the lockdown until it had received the latest advice from the Scientific Advisory Group for Emergencies (SAGE).

He said this advice was due in the “next week or so”.

Mr Raab also noted how Germany is “now having to think twice about easing up on the measures because of the risk of a second spike” in COVID-19 infections.

He urged Sir Keir not to “abandon” his “rigour” in being guided by the evidence, while also dismissing the suggestion that the Scottish government had set out its own “exit strategy”.

Mr Raab said the document set out by First Minister Nicola Sturgeon last week was “grounded” in the government’s five tests for easing the lockdown.

A spokesperson for Sir Keir later revealed the Labour leader had a “constructive conversation” with Mr Johnson about the COVID-19 crisis, with further talks planned for next week.

As well as the calls from Labour, the government is also facing pressure from its own Conservative MPs to shed light on how the UK’s lockdown might be lifted.

The foreign secretary reiterated the current advice from SAGE is that “relaxing any of those measures – including the ones he refers to – would risk damage to the public health, our economy, and frankly the progress we’ve made, the sacrifices so many have made, the lives that have been lost”.

But he added: “They looked specifically at garden centres and we will continue, as I’ve indicated earlier, to keep the evidence on each individual measure under very close review.”

Fellow Conservative backbencher Mark Pritchard also urged the government to include garden centres in “phase one” of easing the lockdown.

Mr Raab replied: “It’s certainly very firmly registered that this is an important area for us to look at for the future.”