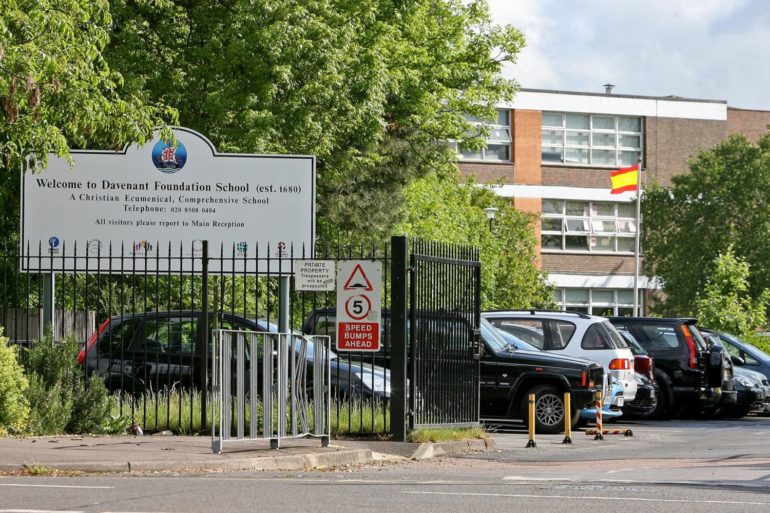 Schools in England will not all reopen on June 1, a cabinet minister has conceded, after one of the government’s most senior scientific advisers said that bringing pupils back would depend on an effective test, track and isolate system.

Robert Buckland, the justice secretary, said that the government accepted that there were likely to be issues for some schools that would still need to be addressed, meaning that they could not all reopen in a “uniform” way.

Britain is heading for a divided reopening of schools, with at least 11 councils refusing to reopen their schools on June 1.

Robert Buckland, the justice secretary, told BBC Breakfast: “I don’t think any of us want to put either children or our dedicated teaching staff in any danger at all, and the question of being safe is clearly paramount. So we’re all working towards June 1 and planning for that return, but I accept the point that there may well be issues from employers that need to be addressed which might not mean we’ll see a uniform approach on June 1.”

Priti Patel, the home secretary, said that she would be willing to send her son to school. She said that it was vital to get children, particularly those who are vulnerable, back into school.

However, she said that schools that did not reopen on June 1 would not face any sanctions. “I see so much good in our teachers, in our key workers, and people on the front line,” she said. “I don’t think this is the time to be talking about sanctions. I’m on the very pragmatic and practical spectrum of life. It’s wrong to say X needs a sanction or Y needs a sanction.”

The British Medical Association has dropped its opposition to the reopening of schools on June 1. It said that schools should only reopen if it was “safe to do so” but added that there was growing evidence that the risk to children was “extremely small”.

Ministers have refused to say when the new test, track and trace system — a key condition of teachers’ unions who are resisting the phased return of primary schools — will be in place.

Allies of Gavin Williamson, the education secretary, said that he expected all English primary schools to reopen on June 1 if the government’s five tests had been met.

However, Dame Angela McLean, the deputy chief scientific adviser, added another condition last night, saying that ministers had been told that changes to lockdown would require an effective system for tracing and isolating new cases to be in place. She said that changes should be based on “observed levels of infection . . . and not on a fixed date”.

John Edmunds, another member of the Scientific Advisory Group on Emergencies (Sage), told Sky News earlier that a “well-functioning track and trace” system needed to be “embedded and working well” before schools could reopen. That will embolden teachers’ unions and local councils — including for the first time yesterday a Conservative-led local authority — which are resisting a reopening on June 1.

Downing Street said that Boris Johnson’s “road map” had always been clear that June 1 was the earliest that schools should reopen, leading to speculation that the government was softening in the face of a revolt.

Several local authorities, including Conservative-led Solihull, have said that they will not be prepared to open schools on June 1. Ian Courts, the leader of the council, said: “The government has the ambition of a June 1 return, but the reality in Solihull is that schools will need to use that first week in June to ensure they are completely ready for more pupils to attend. So places may only be available from the week beginning June 8.”

Unions show little sign of backing down over the issue. A video message from Mary Bousted, joint general secretary of the National Education Union, to union reps urged them not to reply to letters or emails from their headteachers.

However, last night it was reported that the British Medical Association had softened its stance, saying that schools could reopen on June 1, or earlier, provided that it was safe to do so. The union admitted that there was “growing evidence that the risk to individual children is extremely small”.

“The decision about when schools should be allowed to reopen is an extremely difficult one,” Dr Peter English, the BMA’s public health medicine committee chairman, said. “We know that the longer children are kept away from the classroom, the greater the harm to their education, life opportunities and wellbeing. For disadvantaged children, this harm is even greater. A focus on arbitrary dates for schools to reopen is polarising.

“The BMA wants schools to reopen as soon as it is safe to do so and the evidence allows — this could be before June 1 or after. But a zero-risk approach is not possible. This is about ‘safe’ being an acceptable level of risk.”

Some schools are breaching the government guidelines by asking parents to send children back only part-time. Families who choose not to send their children are likely to get less home learning support from schools, which could have a knock-on effect for pupils in other year groups if their teachers are drafted in to help to teach other returning classes.

A source close to Mr Williamson said that the June 1 date had not changed and that all schools in England should open on that date for reception, year 1 and year 6, subject to the five government tests for easing measures being met. He denied that the intention had been for schools to choose to open any time from that day onwards.