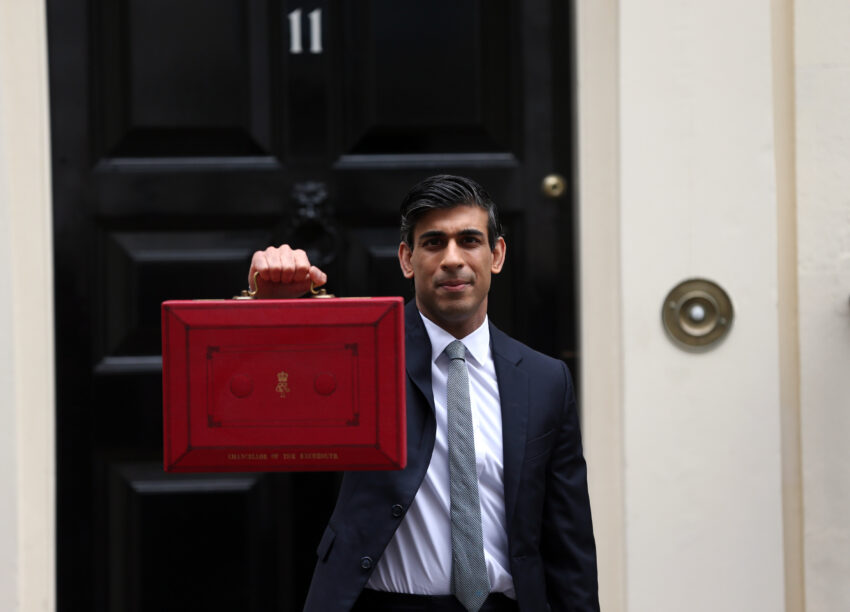 The chancellor has built up considerable fiscal headroom before the budget next week as government borrowing came in lower than forecast during the first half of the year.

Borrowing came in at £108.1 billion between April and September, according to the Office for National Statistics. This was £44 billion lower than the £152 billion predicted by the Office for Budget Responsibility (OBR) back in March.

In September alone borrowing came in at £21.8 billion, which was lower than forecast by economists.

Rishi Sunak, the chancellor, said: “Our recovery is well under way, with more employees on payrolls than ever before and the fastest forecast growth in the G7 this year, but the pandemic has had a huge impact on our economy and caused our debt levels to rise.

“At the budget and spending review next week I will set out how we will continue to support public services, businesses and jobs while keeping our public finances fit for the future.”

The public finances have benefited from rapid economic growth since the country emerged from lockdown. Tax receipts climbed from £56.1 billion to £62.3 billion in September, which was higher than the £58.5 billion the OBR forecast.

Government spending also climbed from £73.6 billion to £74.1 billion. This was driven by the recent rise in inflation, which drove up the cost of index-linked gilts to £4.8 billion in September. Spending was still lower than the £84.9 billion forecast by the OBR.

Paul Dales, economist at Capital Economics, said: “All these numbers are still huge: borrowing this September was the second highest September on record and public sector net debt was 95.5 per cent of GDP, which was the highest since March 1963. Even so, borrowing has fallen much more quickly than almost everyone expected.”

This means that the chancellor will have tens of billions of pounds more to spend when the announces his budget and spending review next week. He has, however, already made commitments to the NHS, schools and defence that will eat into much of the headroom, raising fears that unprotected budgets will have to be cut if the chancellor is to meet his objective of balancing the budget, or borrowing only to invest, by the middle of the decade.

Samuel Tombs, economist at Pantheon Macroeconomics, said: “Accordingly, the chancellor [will probably] not have material wiggle room in meeting his new fiscal target, which is widely expected to be to achieve a balanced current budget in three years’ time. What’s more, with the next general election unlikely to be held until 2024, it is too early in the political cycle for tax cuts. As such, we expect the budget to be devoid of measures that would significantly ease the fiscal squeeze that households and firms are set to endure over the months ahead.”