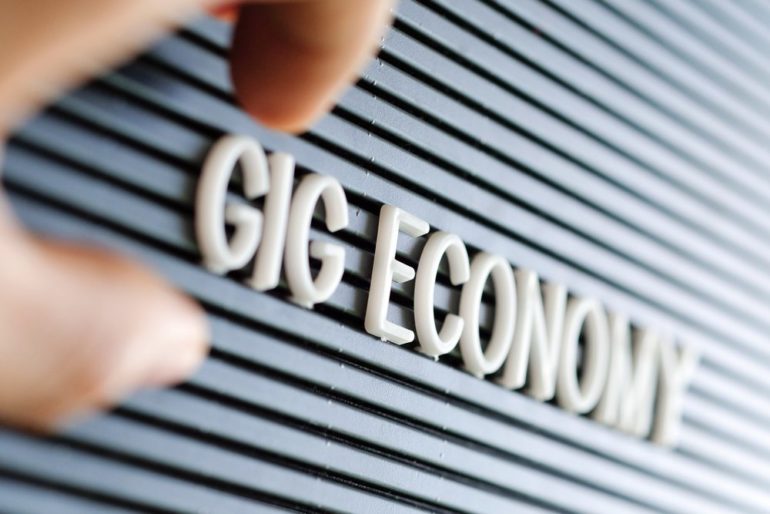 Research reveals that in the last 12 months almost two in five SMEs in London have employed gig economy workers. This compares with less than a fifth in other parts of the UK, such as Wales and the Midlands.

Flexible work has become increasingly important to the London economy over the past decade, and is dramatically changing the makeup of the modern workforce in the capital. Of those surveyed that have employed gig economy workers, more than two in five say that they account for at least a quarter of the workforce, while almost one in three said they accounted for more than a third. One in ten said that gig economy workers made up more than two thirds of their workforce.

London SMEs are also the biggest advocates for gig economy work across most indicators. More than a quarter of London SME owners describe gig economy work as “progressive” and see it as “the future of how businesses work”, compared with less than a fifth nationally, and just over one in ten in the Midlands.

Similarly almost two thirds of London businesses think the gig economy allows them flexibility and almost half think it provides business leaders with an opportunity to better manage workforce capacity. This compares with national averages of less than three in five and less than two in five, respectively.

At the same time, London SME business leaders are also the most likely to see the gig economy as an opportunity for workers. Two in five believe that gig economy work creates new opportunities for workers, compared with just over a third nationally. Almost two thirds of London-based respondents agree it provides workers with greater flexibility, compared with less than three in five nationally.

Paul Tombs, Head of SME Proposition at Zurich, comments: “While politicians and the media voice concerns that gig economy work is about maximising profits and manipulating staff, when we speak to business owners, it is clear that the majority associate it with flexibility and opportunity. If the gig economy has sprung up as an imperfect solution to the increasing demand for flexible work, then a review of the system should focus on reforms that maximise the benefits for all parties rather than descending into a blame game.

“Gig economy work has spread rapidly among businesses of all shapes and sizes across the nation, nowhere is it more prevalent than in London. It is now an established working practice in the UK’s economic centre and is proving to be a useful resource that allows workers to manage their time and business owners to more effectively coordinate their workforce.”