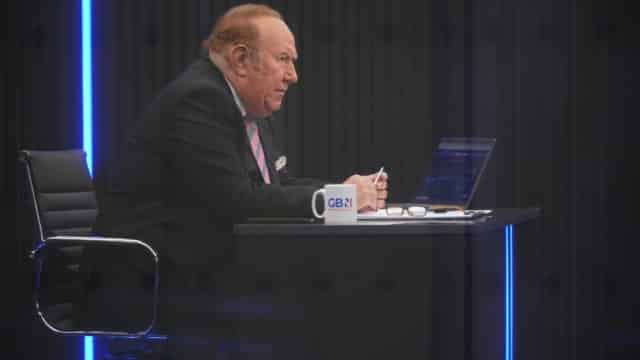 The launch of GB News was watched by more people than both the BBC News channel and Sky News despite several technical glitches on opening night, according to data released on Monday.

The television news channel, which claims to “lend an ear to some of Britain’s marginalised and overlooked voices”, launched at 8pm on Sunday with a mission statement delivered to camera by its chairman, Andrew Neil.

According to the TV industry magazine Broadcast, GB News peaked in its opening minutes with 336,000 viewers, meaning it outperformed the 100,000 who watched BBC News across the hour and the 46,000 who watched Sky News.

Broadcast said 57% of GB News’ opening show’s audience was male, while 52% were aged 65 years or older and 82% were from the ABC1 demographic.

GB News tweeted its own figures, which it said were based on Broadcasters’ Audience Research Board (Barb) data, trumpeting a 1.1% audience share over the 7pm to 11pm period, versus 0.9% for BBC News and 0.4% for Sky. However, the ratings of all news channels on Sunday were dwarfed by those of the main channels, with BBC News at Ten commanding a 30.6% audience share.

The launch was not without technical issues, with Neil Oliver – a historian who has become known for his recent opposition to Covid lockdowns – suffering problems with his microphone and the broadcast experiencing sound issues.

According to individuals at the channel, Neil has vocally made clear his displeasure at some of the technical hitches.

Observers have drawn comparisons between Fox News and the new channel, which Neil made clear would focus on the so-called culture war being waged by many rightwing figures – including senior government ministers.

Neil has sought to position GB News as an insurgent force in the British media landscape that will speak up for those who feel “their voice has not been heard in the mainstream media” – particularly in communities outside London.

In his opening address on launch night, the chairman said: “We are proud to be British – the clue is in the name.” Neil lists his main residence as France on official documents.

Among those who have financed the channel, whose offices are in the Paddington area of the capital, are the Brexit-backing hedge fund manager Sir Paul Marshall. Investors also include Lord Farmer and Lord Spencer, who have both served as treasurers of the Conservative party, the US television group Discovery and the Dubai-based investment fund Legatum.