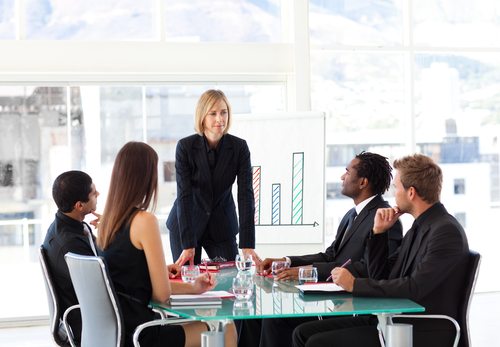 A survey of 39,000 managers from the Chartered Management Institute shows a woman typically earns £423,390 less over her career as an executive than a man with the same job path, while men are paid £10,060 a year more on average.

The CMI, which defines ‘executive’ as anyone working at junior manager level through to board level, said the gender pay gap among managerial roles stood at 25pc – broadly unchanged from last year. This compares to 10.5pc across all job roles, official figures show.

The average bonus for a male executive was £7,496 in the year to August, compared to £3,726 for a woman in the same roles, the report showed.

Ann Francke, CMI chief executive, said: “A lot of businesses have been focused on getting more women on boards but we’ve still got a lot to do on equal pay and equal representation in top executive roles. Allowing these types of gender inequalities to continue is precisely the kind of bad management that we need to stamp out.”

Elsewhere, the CMI revealed that female junior executives earn marginally more than male counterparts for the second year running. But a woman taking up an executive job at the age of 25 and working until 60 would earn almost £1.1m, compared with more than £1.5m for men, the CMI said.

Experts warned that workplace inequality is still “rife”. Dawn Nicholson, HR consulting partner at PWC, said: “The size of the lifetime earnings gap between men and women is disturbing and suggests that women are going backwards versus their male counterparts.”
Penny de Valk, former chief executive of the Institute of Leadership and Management, said: “Inequality is still rife in the workplace as top female talent is being, often unintentionally, filtered out by outdated career models.”

Elsewhere, the CMI survey showed more women also fell foul of job cuts over the period than men, with twice as many female directors (7.4pc) made redundant compared to male directors (3.1pc).

Separately, a report from the Fawcett Society said the pay and jobs prospects of women are going into “reverse” amid the Government’s austerity measures.

The campaign group said November 7 – Equal Pay Day – marked the point in the year when women in effect started working for nothing because of the gender pay gap.