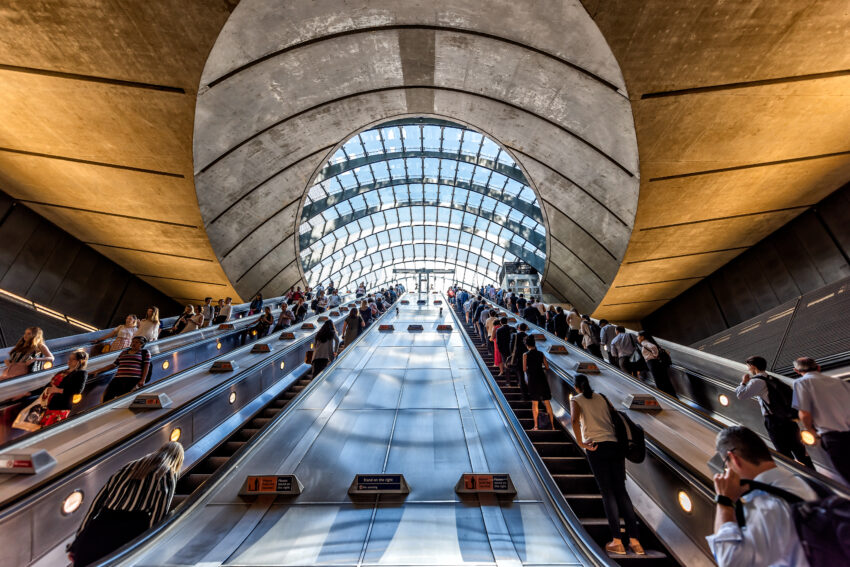 Business leaders have predicted a revival in city-centre economies as workers return to the office after ministers lifted plan B Covid restrictions in England.

Boris Johnson said that the government would abandon its advice for people to work from home with immediate effect and would drop mandatory face masks in public places.

As England returns to plan A, mandatory Covid passports for nightclubs and large events will no longer be needed and Johnson said he hoped to end the requirement for people to self-isolate after testing positive for Covid.

Businesses said the move would help the many firms that rely on serving office-based workers. “After two years of chopping and changing, small businesses right across England will be hoping that this marks the beginning of a final winding down of trading restrictions,” Mike Cherry, chairman of the Federation of Small Businesses, said.

Kevin Ellis, chairman and senior partner at PwC UK, said his colleagues were yearning to return to their desks. “The No 1 question I’m being asked from our people is when can we get back to the office — they value time with colleagues, alongside the flexibility to work from home,” Ellis said.

“After the last lockdown restrictions were lifted, it took us two months to get back to 80 per cent capacity. We’re expecting a faster bounce-back now — people know the drill — and this is great news for small businesses and city centres that rely on office workers.”

Shevaun Haviland, director general of the British Chambers of Commerce, said the easing of restrictions would be applauded by her members, “particularly those based in city and town centres which rely on footfall from office workers”. She urged the government to avoid the “confusion and loss of confidence” that followed the introduction of the plan B rules should future variants of concern emerge.

Haviland called on the government to prioritise policies that will spur growth, such as “levelling up local economies” and growing export markets.

The call was echoed by the CBI’s chief policy director Matthew Fell, who said businesses needed “greater consistency in how we live with the virus in the longer term”.

“The government must start to prioritise Covid infrastructure over interventions,” he said, adding: “Swinging back and forth between restrictions and normality has been damaging.”

The calls for greater clarity in the government’s Covid policies came as a closely watched survey revealed the damage caused to some consumer-facing businesses by the Omicron variant.

Output in the tourism and recreation sector – which includes pubs, hotels, restaurants and leisure facilities – contracted for the first time in nine months in December, according to a poll by Llloyds bank.

The transport industry, which encompasses airlines, hauliers and rail operators, suffered its first loss recording its weakest growth since August.

However, other sectors fared better, with some manufacturers putting in a stronger month-on-month performance in December thanks to robust demand and an easing of supply chain pressures.

Jeavon Lolay, head of economics and market insight at Lloyds Bank commercial banking, said “While consumer-facing businesses, like those in travel and hospitality, unsurprisingly bore the brunt of consumer concern over the Omicron variant in December, the resilience shown in other service sectors and manufacturing helped soften the impact on the economy.”