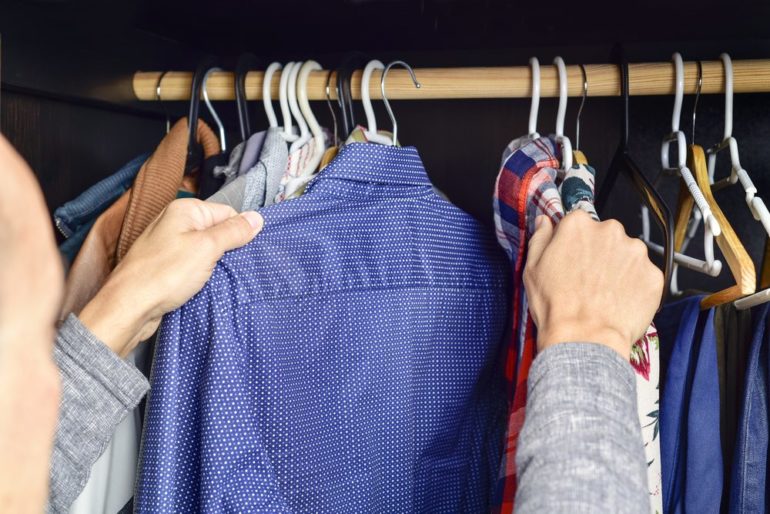 Office dress codes are becoming more casual, but the lack of a defined uniform is leading to stress and confusion amongst British workers, a new study has revealed.

Research of over 2,000 people in full or part-time employment about their workplace attire found that while half of respondents no longer have a formal uniform at work, over a third feel judged on what they wear and over a quarter still struggle to find clothes that are suitable to wear in the office.

While more casual clothing in the workplace has been welcomed by some, nearly four in ten people would rather have a compulsory uniform than dress casually to work, with confusion still rife about what is, and isn’t office appropriate. Despite dress codes becoming more relaxed, nearly a quarter of men and over a fifth of  women have been told off for wearing the wrong clothing to work.

This is despite casual items, once deemed unacceptable in the office, becoming commonplace, with one in five workplaces now allowing skinny jeans and trainers, and one in ten deeming shorts, band t-shirts and vests appropriate office attire.

It also appears that, when it comes to casual office dress codes many of us are far from relaxed, with nearly a quarter of respondents having had comments made about their appearance at work that have made them feel uncomfortable.

Vicky Charles, now a freelance writer from Wiltshire, experienced confusion in her former workplace when it came to addressing office dress codes.

She explained: ”The dress code was ‘smart casual’ which was rather unclear. My boss kept coming up with specific details that would be emailed around: men couldn’t wear shorts and women couldn’t wear leggings.

“Because the dress code was so vague, it could be interpreted in a lot of different ways, but when upper management saw specific examples of what they didn’t want us to wear they sent an email – so something that was OK one day would be out of the question the next week! We ended up with really weird and backwards rules like “women must have their shoulders covered.”

Vicky is also one of the 25 per cent of women who have had inappropriate comments made about their appearance at work. She said: “On the day in question my top was fairly low cut – but not overly so. Two managers – my own team manager and the manager of the team next to us – were cracking jokes and making comments about my top and my chest. It made me nearly not come back to work the next day, and I considered wearing a kaftan to work so they wouldn’t have anything to comment on.”

Office dress codes vary by industry, with those working in Financial Services, Travel & Tourism and Advertising, Marketing and PR most likely to have a formal dress code in place.

When it came to the industries who felt the need to impress the most through their office fashion, the top five were:

Commenting on the findings, Alex Grace, Managing Director at Banana Moon Clothing, said: “Work uniforms  have changed dramatically over the years. Whereas it was once expected that employees would wear a suit or formal dress from 9 to 5, the lines are now blurring between what we wear inside and outside the office.

“While casual dress codes can be more comfortable for employees, it’s still important for employers to define what appropriate office dress looks like. Putting dress code guidelines or a standard uniform in place can be beneficial in reducing confusion in the workplace over what is and isn’t acceptable, and can lead to happier employees in the long run.”