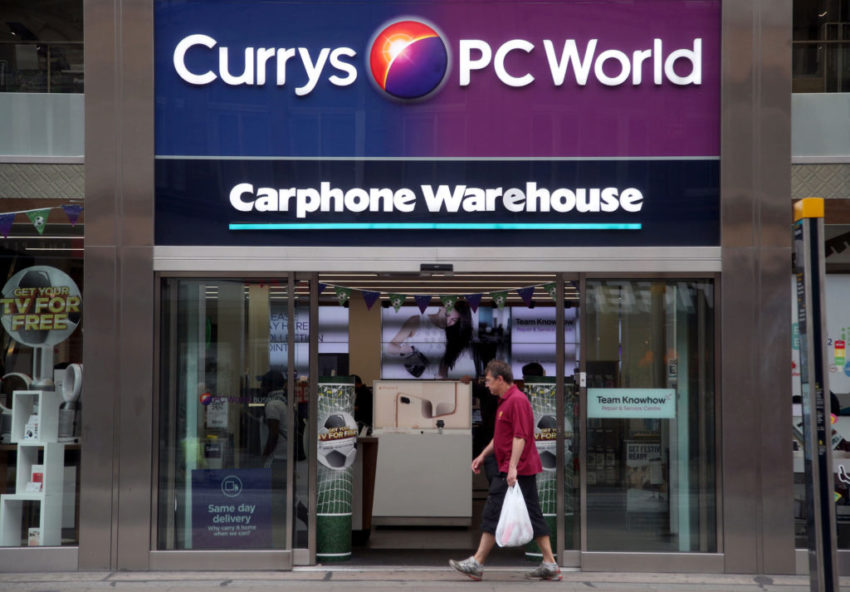 Retailer Dixons Carphone has revealed plans to slash costs by £200 million after tumbling to a half-year loss following a near-£500 million hit on its mobile business and store estate.

The group’s shares dropped 14% after it swung to a £440 million pre-tax loss for the half-year to October 27 against profits of £54 million a year earlier after charges of £490 million, largely due to a writedown on the value of its Carphone Warehouse arm.

It also said it was set to see full-year costs surge to £190 million – including a £17 million hit from the cyber attack revealed in June that saw 5.9 million bank card details and 10 million personal data records hacked last year.

But the group offered a dose of cheer to staff with plans for a share incentive award scheme that will see more than 30,000 employees given at least £1,000 in shares each over the next three years.

The firm said job losses are not expected as a result of the £200 million cost-cutting, with the savings due to come from efforts to merge IT systems and reduce supplier costs.

It comes as part of a new strategy overhaul that includes a plan to turn around the fortunes of its loss-making Carphone Warehouse mobile phone chain.

Dixons Carphone said it expects a full-year loss from its struggling Carphone business, but confirmed it remains on track for underlying profit guidance of £300 million in 2018-19.

Mr Baldock said: “There are headwinds and uncertainty facing any business serving the UK consumer, we’ve had our own challenges, and our plan will take time.

“But with this plan, we can now see the way to unleashing the true potential of this business.

“We believe in our plan, are under way making early progress and determined to make it a lasting success.”