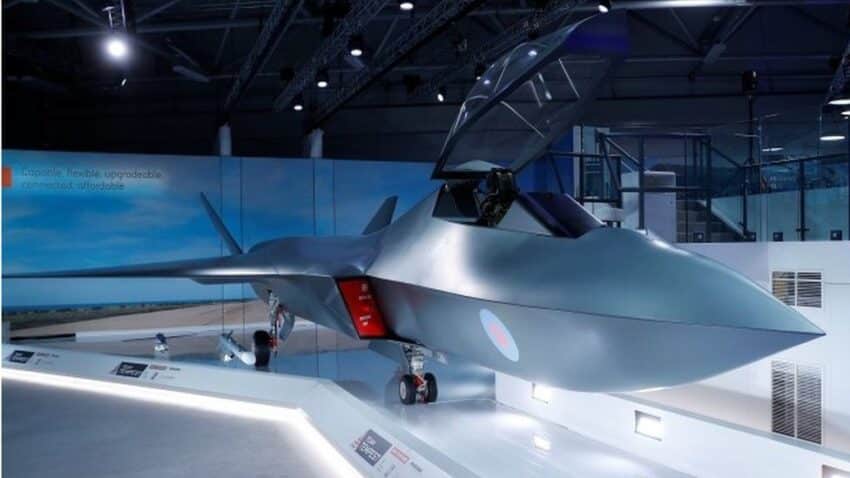 A project to develop the RAF’s new fighter jet will bring at least £1.1bn of added value to the East of England economy, a report said.

Leonardo UK, in Luton, and MBDA, based in Stevenage, are two of four British companies involved in developing the Tempest combat aircraft.

PricewaterhouseCoopers’ (PwC) report said the project would support a minimum of 22,000 “job years” in the region.

The UK’s combat air sector has a turnover of about £6bn per year and accounts for more than 80% of Britain’s defence exports.

Leonardo UK already employs 1,000 people at its site in Capability Green in Luton researching and manufacturing advanced electronics for combat aircraft such as the RAF’s Typhoon fighter jet.

Missiles expert MBDA has a workforce of about 3,000 in Stevenage and both firms said they were looking to increase the size of their local workforces.

The project, which is a collaboration with BAE Systems and Rolls-Royce, as well as international partners, aims to produce a replacement for the Typhoon.

Andrew Howard, director of major programmes at Leonardo UK, said the project would “create new jobs” and “sustain a very large proportion of the current workforce for a long time”.

“Tempest could be the lifeblood of the industry,” he said.

“The Typhoon is very much alive and relevant today, but as the aircraft comes to the natural end of its life, Tempest will pick up the baton and become the backbone of the organisation.”

PwC’s report said the project would boost investment in technology in the region and keep some of the UK’s “most important defence technology skills on-shore for another generation”.

The team at Luton is heavily involved in developing the aircraft’s sensors and data-handling ability.

Mr Howard said the sensors would be able to “look after crew in contested airspace, seek and search for problems and give options for how to defeat threats”.

The aircraft is being designed to include technology to provide pilotless flying, he said.

The PwC report also said that Tempest would benefit local schools and universities, with the Team Tempest partners already looking to expand their existing relationships with universities such as Cranfield in Bedfordshire, where work was under way to create a new master’s degree in applied artificial intelligence.

Ishaan Haque, 19, is a second-year apprentice at Leonardo UK who has worked on the Tempest project.

“It’s been an amazing experience,”he said.

“It’s great to be working on the future of technology that will be used for decades to come.”