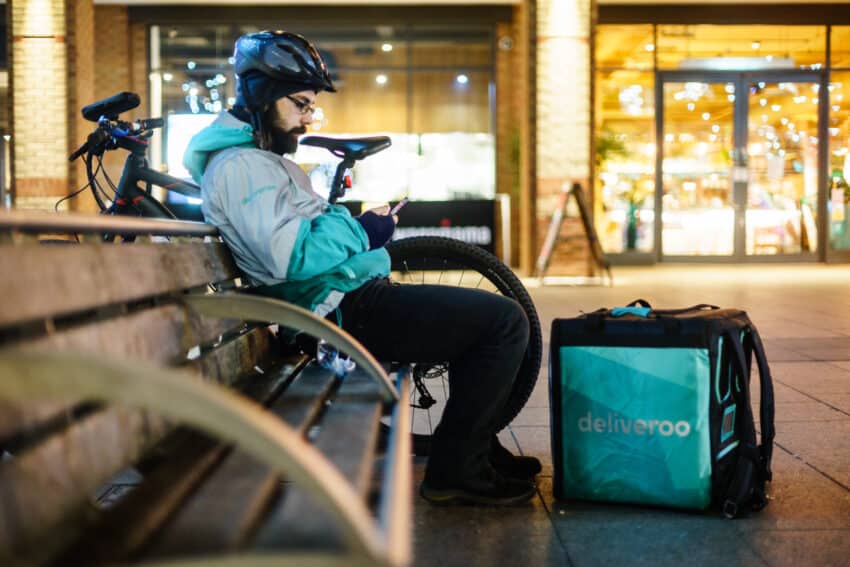 Fears that the reopening of pubs and restaurants would take a big bite out of Deliveroo’s takings proved wide of the mark as the food delivery group upped its full-year guidance.

The group, still fighting to recover from its disastrous £7.6 billion listing in March, said in an unscheduled trading update that it had experienced “continued strong growth and consumer engagement” during the first half of the year. In recent weeks the business has been given a boost by England’s strong run in the Euros.

It said that as a result it was increasing its guidance for growth in gross transaction value (GTV) for the year to between 50 per cent and 60 per cent, up from a previous range of 30 per cent to 40 per cent.

Shares in Deliveroo, which fell by 30 per cent on the first morning of trading, continued to claw back its losses, adding 13½p, or 4.25 per cent, to 334¼p in morning trading. That is 14.3 per cent short of the company’s 390p issue price, but well above the low of 228p it hit in late April.

Deliveroo, founded in 2013 by Will Shu and his friend Greg Orlowski, has become well known in Britain for its workers delivering food on bicycles with brightly coloured backpacks adorned with a kangaroo logo. The company works with 100,000 riders and 117,000 restaurants in 12 countries.

The recent uptick in its share price has followed Deliveroo’s latest victory in the protracted legal fight for its riders to be recognised as self-employed. The legal threat over their status was among a number of concerns that contributed to the IPO flop.

In its second-quarter trading update, the company reported GTV growth of 76 per cent to £1.74 billion compared to the same three-month period last year. In the UK and Ireland, GTV grew 87 per cent to £921 million and its international business was up 65 per cent to £818 million: a 75 per cent increase at constant currency.

The company announced this week that it would be creating 400 new tech jobs over the next year, including software engineers, data scientists and designers, with the aim of improving the experience for restaurants, riders and consumers.

It said today that it saw “an opportunity to make further discretionary investments into growth opportunities” in the second half. Analysts said that part of this investment was in grocery delivery as well as in new customer incentives and subscription service trials.

The company also predicted that the average order value would revert to pre-Covid levels and confirmed that its gross profit margin guidance, as a percentage of GTV, would be “in the lower half of our previously communicated range”. In its first quarter update in April, it forecast a gross profit margin of between 7.5 per cent and 8 per cent.