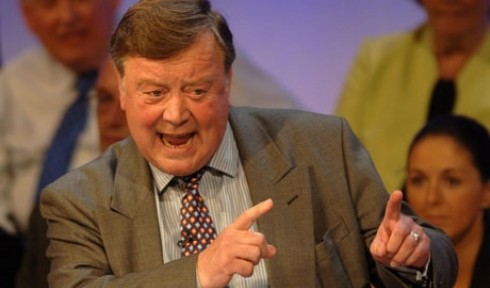 With government debts expected to total more than £1 trillion in the next few years VAT was cut to 15 percent last year during the recession and increased again at the beginning of January.
In an interview with the Sunday Times, Mr Clarke also warned the shadow Chancellor against announcing “damaging and unsupportable” spending cuts within weeks of a Conservative election victory.

He said that new ministers would need time studying their departments before being able to correctly identify where cuts could be made. David Cameron has pledged that his party would announce an emergency budget within 50 days of an election victory.

Clarke, who Chancellor in John Major’s premiership in the 1990s, said: “It’s no good trying to win brownie points by offering great cuts that are going to have calamitous consequences.
“The amount of cutting you can deliver in-year in 2010-11 is limited to a certain extent,” he added.

The shadow business secretary also hinted in the interview that he had private doubts over Conservative plans to offer tax break for married couples.

Mr Clarke said that while he did not want to increase taxes, such a move would have to be considered because of the dire state of the country’s finances.

“You can’t rule out any options,” he said. “If you are looking at tax and [George Osborne, shadow Chancellor] is bound to look at VAT along with other possible sources of revenue.”