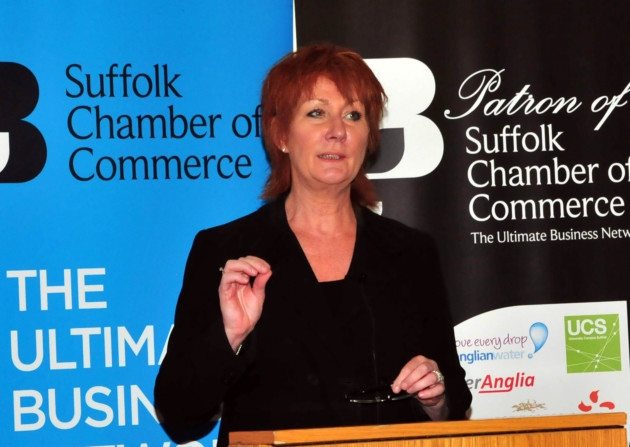 The British Chambers of Commerce (BCC) is delighted that its immediate past-president, Nora Senior, has been recognised with a Commander of the Order of the British Empire (CBE) in the Queen’s Birthday Honours list.

Nora held the voluntary post of President of the British Chambers of Commerce for three years between July 2013 and July 2016, and the office of Chair of Scottish Chambers between January 2013 and April 2017. She is the first woman to have held the honorary position in SCC in its history and the only person to have held the two national Presidents’ offices simultaneously since the Chamber movement was formed over 300 years ago.

“First as a Board member and then as President of the British Chambers of Commerce, Nora gave hugely of her time and talent to support and champion Chamber business communities. She is the embodiment of what I like to call a civic business leader – for whom business success and community go hand-in-hand.”

Nora Senior said: “I am immensely proud and humbled. It is a huge honour to receive such recognition; a tremendous tribute to the Chamber Network who work tirelessly to promote business interests and great recognition for the important role communications has in driving business growth and success. I am very proud to have had the opportunity to contribute to and influence policy in key areas such as international trade, education and women in business.”

During her tenure Nora launched a British Chambers International Trade Advisory Council, comprising over 20 Chairmen and CEOs of major UK companies who operate in global markets, including Diageo; Land Rover; Wrightbus and IAG. They act as ambassadors to champion the work of overseas Chambers and encourage companies to enter into exporting and new overseas markets.