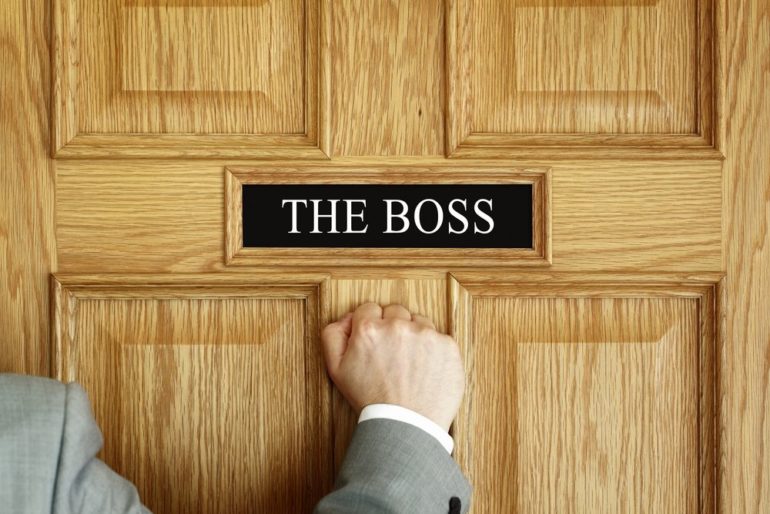 Job seekers take note, as the industries containing the UK’s best bosses have been revealed.

In a survey of 1,024 UK employees, financial services bosses – such as those in banking and insurance – took the top spot, with 62 per cent of workers in this sector describing their boss as ‘good’ or ‘excellent’.

Management in the professional services industries, such as law and accountancy, were a close second, with 61 per cent of workers describing their bosses this way.

Employers in the leisure and travel industry came third, with 3 in every 5 workers scoring their boss highly.

Healthcare managers came in fourth, with 59 per cent of workers in this sector describing their boss as ‘good’ or ‘excellent.’

And more than half of civil service workers rate their local and national Government bosses this way.

Nationally, 56 per cent of the UK workforce were positive about their bosses – and just 13 per cent described them as ‘poor’ – suggesting that, overall, the British workforce has a high opinion of its managers.

Management in the education sector, administrative and support service, retail, trades and information communications followed in the remaining top five highest scored bosses in the UK.

Bosses looking to establish a better relationship with their employees should focus on improving their communication skills, which workers feel it is most important for their bosses to possess, with 78 per cent of the vote.

Being grateful and regularly giving thanks and showing appreciation for staff’s efforts was also key for 65 per cent of UK employees.

While mucking in when times are tough or when things are busy would score brownie points with 62 per cent.

Declan Byrne, managing director at One4all Rewards, commented: “Britain’s bosses play an essential role in driving our economy forward, but even the most informed and experienced boss would struggle to maintain a successful, growing company without their work being underpinned by happy and hardworking staff who feel motivated and incentivised to perform for the business.

“It’s interesting to see just how popular the UK’s business leaders are, but there are a small number who are unfortunately not quite winning the loyalty of their staff – indeed, more than 1 in 10 go as far as to say their boss is ‘poor’ – so there is some work to be done by those in certain organisations.

“Effective and expressive communication is the most crucial distinction workers measure their bosses by.  Everyone wants their efforts to be recognised and valued, and to clearly understand what it is their manager expects of them. Communication is absolutely vital for maintaining positive morale in the workforce.”

“Self-awareness is a crucial part of not only being a leader but being able to communicate effectively. Paying close attention to exactly how you communicate, your breath, physicality and how you are being perceived by those around you enhances your overall presence and gravitas as a professional. Crucially, it also enables you to better connect with your employees – so it is not surprising that even members of staff recognise how important this is in a business leader.”