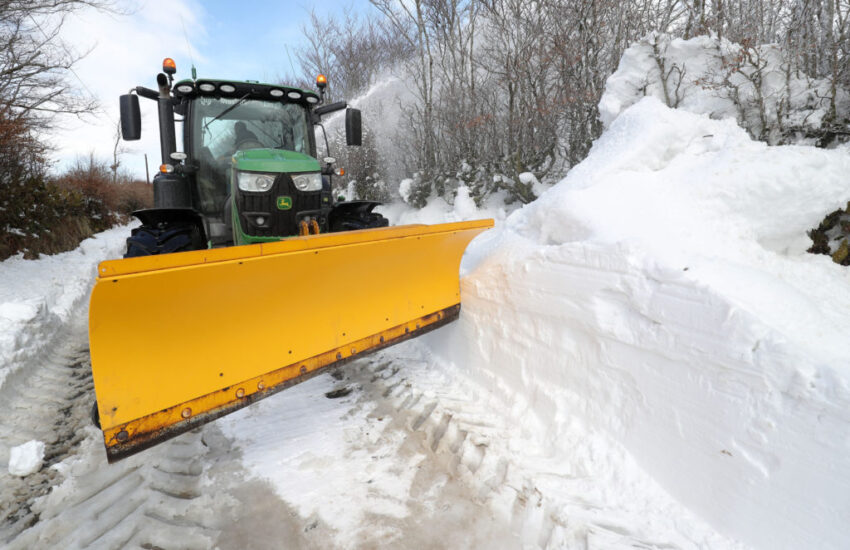 Extreme weather and Brexit uncertainty buffeted the UK economy in 2018, with business investment grinding to a halt and consumer spending fizzling out as political storm clouds gathered.

The year started with a snow-hit first quarter as the Beast from the East took its toll in February and March, only for Britain to find itself melting in a prolonged summer heatwave just a few months later.

But while the forces of nature played havoc, it was the worries over political turmoil and the risk of Britain crashing out of the EU without a deal that blew an icy chill through the economy in the final three months.

The Bank of England added to the growing unease in its now infamous Brexit analysis, which saw Threadneedle Street warn that no deal could trigger a worse recession than during the financial crisis.

With the year coming to an end and no firm sign of agreement on the EU withdrawal, consumers and businesses began retrenching, with knock-on effects on retail, the housing market and business spending.

Having started 2018 slowing sharply to 0.1%, growth rebounded to 0.6% in the third quarter thanks to a consumer spending binge during the heatwave and the football World Cup.

It was as the country basked in sunshine that the Bank of England took the opportunity to raise interest rates to 0.75% in August – marking only the second hike since the financial crisis.

It came after the milestone rise in November 2017 and saw rates begin their path back to more normal levels, having languished at emergency lows since March 2009.

Bank Governor Mark Carney warned that further increases were likely to be needed to bring inflation back to the 2% target.

However, these would be gradual and limited, he stressed.

At the time, Mr Carney said Brexit was a cloud on the horizon, but as the year unfolded it soon became a storm.

Turmoil in Westminster amid a backlash over Prime Minister Theresa May’s deal and mounting fears of a cliff-edge Brexit are expected to have put the brakes on further rate rises until there is clarity.

Economic indicators showed the toll Brexit is already taking, with gross domestic product (GDP) easing sharply to 0.4% in the three months to October.

In the Bank’s final Monetary Policy Committee meeting of the year, in which it held rates at 0.75%, it downgraded its forecast for growth in the final three months of 2018 to a paltry 0.2% as it said Brexit uncertainty had intensified.

It also forecast growth to remain at around this level in the first quarter of 2019 in a dismal start to the new year.

The uncertainty over Brexit has seen businesses put spending and expansion decisions on hold, but even the resilient British consumer began hunkering down amid worries over the outlook.

The British Chambers of Commerce (BCC) is forecasting a 0.6% fall in business investment this year and to grow by only 0.1% in 2019 even assuming a withdrawal deal is agreed.

Suren Thiru, the BCC’s head of economics, said: “The contribution of business investment to UK GDP growth is expected to be more downbeat than we previously projected as the increased uncertainty over Brexit weakens business confidence and stifles investment activity.”

Nevertheless, there have been some silver linings for households and the economy in 2018.

Despite another tumultuous year for the pound, inflation has been falling back towards target – hitting a 20-month low of 2.3% in November – while UK wage growth has risen to a healthy 3.3%.

This means Britons are getting progressively better off.

The jobs market has also remained resilient, with the latest figures showing employment increasing by 79,000 in the three months to October to 32.4 million, a new record high.

And on the fiscal front, government borrowing for the year to date was £11.2 billion lower by October at £26.7 billion – the lowest for 13 years – while the Prime Minister perhaps over-optimistically signalled the age of austerity is coming to an end.

The measures should add around 0.3% to GDP over the next three years, according to the Bank.

George Brown, an economist at Investec, said the omens look better for 2019, but only if a no-deal Brexit crisis can be averted.

He said: “Current Brexit uncertainty is weighing on both demand and investment plans, which should begin to reverse in the first half of 2019 once clarity is provided.

“A further boost to growth will be provided by significant amount of fiscal stimulus that is inbound.”

Samuel Tombs, chief UK economist at Pantheon Macroeconomics, is also hopeful, should a smooth Brexit be agreed, and is predicting rates will be lifted again in May.

He said: “Once a softer Brexit deal finally is signed off, GDP growth should recover.

“Businesses will spend some of the cash they have hoarded, while a recovery in sterling will boost consumers’ real incomes.”