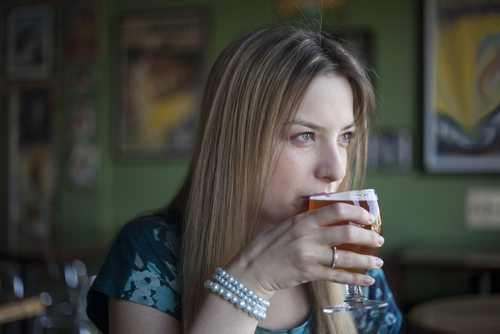 Female brewers, or “brewsters” as they are known, are making a comeback, according to the latest edition of the Good Beer Guide, which is published on Thursday.

Roger Protz, editor of the guide, says an increasing number of women are either setting up their own breweries or are gaining influential positions in well-known established beer and pub companies such as Marston’s.

The Campaign for Real Ale (CAMRA), which publishes the Good Beer Guide, says women now account for some 22pc of its 150,000-strong membership. The group has added 20,000 female members in the past decade as Britain’s booming craft beer industry has encouraged more women to take an interest in new varieties and artisan brews.

Women aren’t just working in the industry either. The number of women trying real ale – traditionally characterised as an old man’s drink – has jumped to 34 per cent from 14 per cent in the past three years, according to CAMRA.

Although exact figures for the number of women running their own breweries or working as brewers aren’t available, CAMRA said there has been a marked increase compared with five years ago when there were “just a handful”.

The group has listed 12 examples of brewsters but believes many more are working in the industry.

“It is only in modern times that men have overtaken women as the main brewers of beer, as historically it was women who dominated brewing,” said Mr Protz.

“It is fantastic to see more women rejoining the industry and in many cases giving the chaps a run for their money.”

Among Britain’s leading female brewers is Emma Gilleland, head of supply chain at Marston’s, the FTSE 250 company behind beers such as Brakspear and Jennings, reports The Telegraph.

“The rise in interest in ales by women is because beer is far more interesting these days,” she said. “Brewers are far more experimental and this has led to lighter beers with new aromas and tastes that are bringing women into the category.”

Sara Barton was an early convert and set up her own brewery, Brewster’s, in Grantham, Lincolnshire, in 1998. She became interested in brewing from a scientific point of view after studying for a degree in biochemistry. She then took a masters degree in brewing at Heriot-Watt University in Edinburgh and worked for the old Courage brewery in Berkshire in the late 1980s.

“We [female brewers] were definitely in the minority [back then],” she said. “There were about three of us and the site had hundreds of people working there. There obviously were ladies in the offices and some in the labs but on the front line brewing side of things it was a lot more unusual in those days.

“A lot more women [now] are possibly looking at it as a potential career because it’s interesting and it’s a specific application of science as well as management.”

According to A History of Beer and Brewing by Ian Hornsey, early evidence shows that brewing in ancient Egypt was “largely regarded as a domestic chore, and therefore the domain of women, especially the steps of grinding the grain and straining of the mash”.

The 2014 Good Beer Guide also reveals that the number of breweries in Britain has hit a 70-year high of 1,147, up from 1,009 last year, despite beer sales continuing to fall in the UK. The industry has witnessed a boom in micro-breweries as drinkers search out new, artisan varieties and flavours. The micro-brewery sector has also benefited from tax reliefs, which has helped it to outperform the wider market.

Beer sales in Britain have been in decline since 2004, falling from 10.2m pints to 7.8m last year. However, according to the Society of Independent Brewers, local beer sales rose 6.8 per cent to more than 1.4m pints last year.