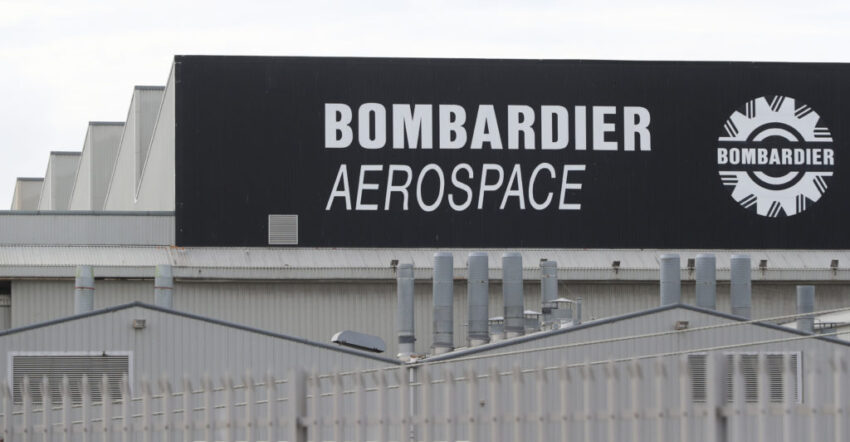 Bombardier’s decision to axe almost 500 jobs at its site in Belfast is “not a Brexit issue”, Business Minister Richard Harrington said as he was blasted for saying the Government had “no role” to play in the matter.

More than a tenth of core staff face redundancy under cost-cutting plans aimed at improving the Canadian-headquartered firm’s long-term competitiveness.

Mr Harrington told the Commons that the decision was “regrettable”.

He said: “This is unwelcome news for the Belfast workforce and their families. It’s regrettable that they face further uncertainty at this time of year, but Bombardier is a private company and the Government has no role in its commercial decisions.”

The minister also revealed that he had been assured by the firm’s president Michael Ryan that Brexit had not played a role in the decision.

Shadow international trade secretary Barry Gardiner warned that there would be “significant implications” for the whole of the UK if the firm continued to downsize operations.

He said: “Bombardier’s presence in Northern Ireland is vital to the economy there, representing 8% of Northern Ireland’s GDP and about 40% of the province’s manufacturing output.

“The company employs about 4,000 people across Northern Ireland as a whole, so this announcement will be a devastating blow not only to the 490 families who will be directly affected by it in the run up to Christmas but there are an estimated 20,000 jobs throughout the UK supply chain.

“This matter is therefore of national public policy importance, for the minister to say the Government has no role here is simply unacceptable.”

He added: “These job losses are just the latest in a long line of redundancies at Bombardier, over 1,700 since May of 2015. Such huge cuts to the workforce so highly concentrated in one area will have devastating consequences to entire communities.”

Mr Harrington accused Mr Gardiner of “talking down” Northern Ireland with his questions, saying there was “a lot of good news” coming from the region.

The minister added that he and his officials were having “regular and ongoing” discussions with Bombardier, trade unions and stakeholders in Northern Ireland.

Julian Lewis, Conservative chairman of the Defence Committee, said: “If we’re in the business of reverse thrusts, can I suggest a bit of reverse thrusting be done in the direction of Bombardier because, although (Mr Harrington) is right in that it’s a private company and he has no power over it, he shouldn’t underrate his own degree of influence.

“He is going to meet the company, as he says, let him do a bit of thrusting and let him thrust them in the right direction.”

DUP MP for Belfast East Gavin Robinson said: “The workforce has been through an incredibly difficult period over those three years.

“This is a further disheartening blow for a workforce that saw the clouds shifting from above the plant in Belfast in Newtownards and Newtownabbey.”

Mr Robinson urged the Government to not only explore “every avenue of financial support” but also deliver for Northern Ireland.

Labour’s Barry Sheerman (Huddersfield) suggested Mr Harrington should “not try and bamboozle” the Commons, noting Bombardier is a “damn good company”, although he argued that the “disturbance of us coming out of the European Union has a deep, deep effect”.