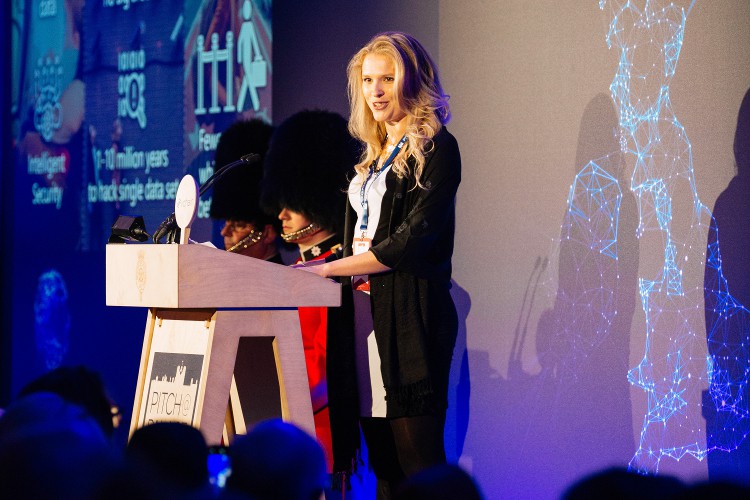 Pitch@Palace, the programme established by HRH The Duke of York to support Entrepreneurs with the expansion and acceleration of their business ideas, last night announced VChain Technology as the winner of Pitch@Palace 9.0 at St James’s Palace.

VChain Technology is an award winning blockchain capability for aviation security, which validates passenger identity through its proprietary triple patented technology. Co-founder Irra Ariella Khi competed against 41 other Entrepreneurs from across the UK, who Pitched their business ideas to an influential Audience convened by The Duke of York, comprising leaders in the business and technology communities, including CEOs, Influencers, Angels, Mentors, potential Investors and Business Partners.

The theme for Pitch@Palace 9.0 was ‘Data, Intelligence and the Future of Security’, prompted by the explosion of Big Data and the opportunities and risks of new technologies including artificial intelligence, machine learning, cyber security, blockchain and cryptocurrencies.

Speaking at Pitch@Palace 9.0, The Duke of York said: ‘Pitch@Palace 9.0’s theme of Data, Intelligence and The Future of Security could not be more fascinating. We live in a world where the explosion of Big Data and its handling is a subject of much discussion. It presents an enormous opportunity whilst creating an enormous threat – something our Entrepreneurs are inspired by!’

Irra Ariella Khi, CEO and co-founder of VChain Technology, and winner of Pitch@Palace 9.0, said: “If I had to describe Pitch@Palace in three words, they’d be: aspirational, meaningful, and change-making. We have already made some wonderful connections this evening. We have met people tonight whose work has been so instrumental in the development of our business ideas, but who we have never actually been able to access before to have a one-on-one conversation with. People in the audience here are so open, so proactive and are genuinely looking to help you. Pitch@Palace has already proved to be a hugely transformative process for us. Watch this space!”

Applications are now open for Pitch@Palace 10.0, which will take place at Buckingham Palace in November.

The competition has a broad technology theme, and is seeking Entrepreneurs that have identified opportunities across a wide range of sectors.