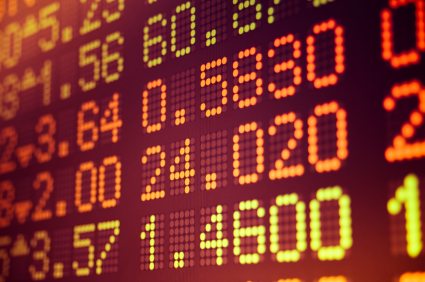 Stockmarkets plunged as traders panicked that Angela Merkel could lose her key allies in France and the Netherlands and that the debt crisis rescue plans could unravel reports The Telegraph.

The Dutch prime minister Mark Rutte, who is one of the eurozone’s “hardliners” on fiscal discipline, dramatically quit in the wake of his coalition’s refusal to accept Europe’s debt pact. Snap elections could be called as early as June.

Traders were also rattled by Francois Hollande’s victory over Nicolas Sarkozy in the first round of the French presidential election. The socialist Mr Hollande has vowed to renegotiate the fiscal pact that including a 3 per cent of GDP deficit limit.

The political concerns were compounded by data that showed eurozone debt has hit 87.2 per cent of GDP – the highest level since the launch of the single currency in 1999. Eurostat said that the 17 eurozone members had reduced their deficits from 6.2 per cent of GDP in 2010 to 4.1 per cent in 2011 – but overall debt levels had risen by 1.9 per cent.

Spain, meanwhile, officially sank back into recession as the economy shrank 0.4 per cent in the first quarter of the year, and German manufacturing shrank at its fastest rate for three years in March. The French composite PMI also fell, according to Markit.