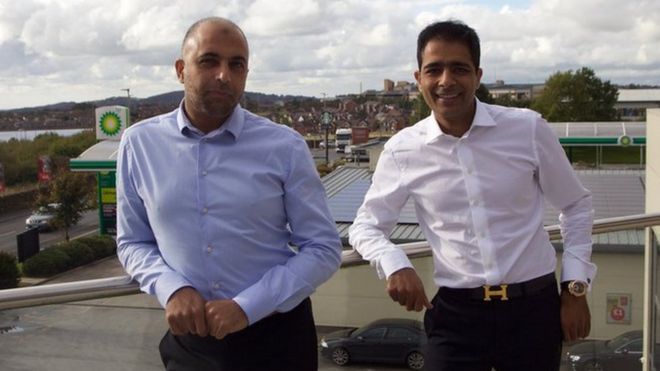 Two billionaire brothers from Blackburn have been made CBEs a week after clinching a £6.8bn deal to buy the Asda supermarket chain from Walmart.

Mohsin and Zuber Issa were among a number of business bosses on the Queen’s Birthday Honours list.

GlaxoSmithkline chief executive Emma Walmsley was made a dame for services to the pharmaceutical industry.

The drugs firm is one of about 20 that is part of a global race to develop a coronavirus vaccine.

The billionaire Issa brothers started their business 20 years ago with one rented petrol station and grew it into a network of nearly 6,000 forecourts across 10 countries.

It was announced last week that the Issa brothers and private equity firm TDR Capital would take a majority stake in Asda.

Walmart said that, under the new owners, Asda will invest £1bn in the supermarket over the next three years.

A number of honours were awarded to people for their work during the coronavirus pandemic, including Ms Walmsley.

She was given a damehood for services to the pharmaceutical industry and business after leading the UK’s biggest drugs manufacturer for the past three years.

GlaxoSmithkline (GSK) is part of the race to develop a coronavirus vaccine, and said last week it had started clinical trials with fellow drugs firm Sanofi.

As chief executive, Ms Walmsley has been instrumental in the company’s involvement in international efforts to develop a vaccine.

Property tycoon Tony Gallagher was given a knighthood in relation to his service to “land development and the property business”.

The Gallagher Estates founder is a friend of former Prime Minister David Cameron and a major donor to the Conservative party.

Andrew Mackenzie, the former chief executive officer of mining giant BHP Billiton, was made a Knight Bachelor for services to business, science, technology and to UK and Australia relations.

Clare Woodman the chief executive officer of Morgan Stanley International was given a CBE for services to finance.

Fashion entrepreneur Sir Paul Smith was also recognised on the annual list, being named as a member of the Order of the Companions of Honour.

There were also honours for a number of utilities bosses.