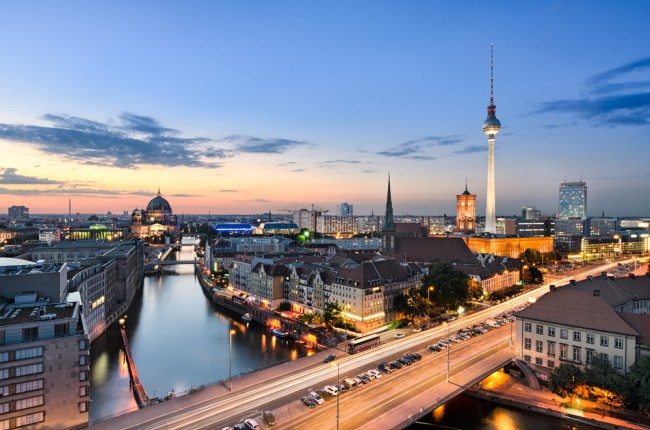 The pop up stores, created by Berlin Partner for Business and Technology and be Berlin, Berlin’s marketing campaign in cooperation with visitBerlin, will open for one week each in top inner-city locations including London, Stockholm, Vienna, Amsterdam and Paris to showcase innovative Berlin brands and start-ups in the fields of design, fashion, furniture, food, lifestyle and technology.

In 2014, for the first time ever, Berlin start-ups accumulated more venture capital than young entrepreneurs from London: 2.2 billion USD in Berlin compared to 1.5 billion USD in London and is now the top city for venture capital investment in Europe. What’s more, in the first half of 2015, this trend continued with Berlin start ups accumulating 1.4 billion euros compared to 1.1 billion euros in London.

As one of the leading start-up cities, Berlin is a city of growth. With their Initial Public Offering (IPOs), newcomers such as Zalando and Rocket Internet have shown how firms can proceed from the start-up scene to new SMEs. Rocket Internet is now helping young start-ups to succeed, by investing in promising business ideas.

With Berlin’s economy growing above the national average of 2.2 per cent in 2014, the city, whose net population rose by 40,000 newcomers in 2014, has enormous appeal for young talent.

Berlin’s digital economy alone employs about 60,000 people – with one in eight jobs being created in the digital economy since 2008 (a total of almost 18,000 new jobs) and approximately 500 new digital technology companies are set up annually.

The proximity of established industry and the new economy is part of Berlin’s success formula: traditional companies appreciate the innovative strength of the start-ups and are working with them on technologies for the future. Recently Cisco has chosen to locate its “Internet of Everything” innovation center in Berlin. Lufthansa with its “Innovation Hub”, the Telekom with their T-Labs or VW with the International Creative Lab etc., are based in Berlin to be closer to the start-up and digital technology scene.

Examples of innovative Tech-start ups from Berlin include 3yourminD and BigRep who will be presenting the latest 3-D printing technology in the pop-up stores and Panono will be launching the world’s first 360° camera. Raumfeld will be providing the right sounds with wireless audio systems, while VFX Box, a young Berlin-based company specialising in special effects and animations, will be projecting its little robot, Myon in the stores via augmented reality.

Andrea Joras, CEO of Berlin Partner for Business and Technology, says, “Berlin’s start-up scene is booming. Young entrepreneurs have access to everything they need to fuel their ideas in the start-up city: the willingness of established business people in industry to collaborate, an exemplary research environment and the necessary start-up capital. Many young entrepreneurs have already put this start-up assistance to use and are well on their way to establish new SMEs in Berlin.”

The Cost Factor: Berlin vs London

Startup Businesses ‘On Show’ at Pop Into Berlin London include:

3YOURMIND is typically Berlin. The company is one of many ventures that have emerged out of Berlin’s prominent Technische Universität (TU). The idea behind the startup is a new software program that prepares digital 3D data in a way that enables a three-dimensional model to be printed out directly. Until now, this process often required hours of manual reworking of the 3D data. What’s most interesting for architects, product designers and many others is that they can now throw away all their papier-mâché and glue.

The world’s largest standard available 3D printer with a volume of more than one cubic meter. The manufacturer is BigRep, a startup founded in 2014 and today already the market and tech leader in the field of serial 3D printing. The young company has already come close to achieving its ambitious goal of initiating a paradigm shift in design, prototyping and industrial production. BigRep ONE.2 is successfully closing the gap between 3D printers in model and industrial format.

The ball-shaped camera is no larger than a grapefruit and uses 36 individual cameras to take spherical 108-megapixel panorama photos with only one click. The Panono Camera is the first product to emerge from Panono GmbH, which was co-founded in 2012 by Jonas Pfeil, Björn Bollensdorff and Qian Qin.

Raumfeld was founded in 2008 based on the firm conviction that music streaming was the way of the future. Today, the multi-room systems created by this Berlin-based company stand for an uncompromising audio experience in true high-fidelity quality. The entire Raumfeld system can be controlled intuitively using a free app for mobile devices with the iOS and Android operating systems.  Already back in 2010, Raumfeld was integrated into Teufel, one of the leading German manufacturers of hi-fi, multi-room and home cinema systems. Since then, Raumfeld’s multi-room streaming solutions have continued to complement Teufel’s high-end hi-fi systems perfectly.

The Kreuzberg-based company is an advertising agency, service provider, think tank and a film and TV studio all in one. Innovative technologies and new ways of communicating are researched, tested and implemented here. For example, VFXbox developed a system that uses augmented reality alongside traditional green-screen procedures. During the shooting of a film, the background is removed live and the scene completely revealed. This makes it possible to digitally replace and expand both the foreground and the background. Films or photos- and even entire 3D worlds can be added.