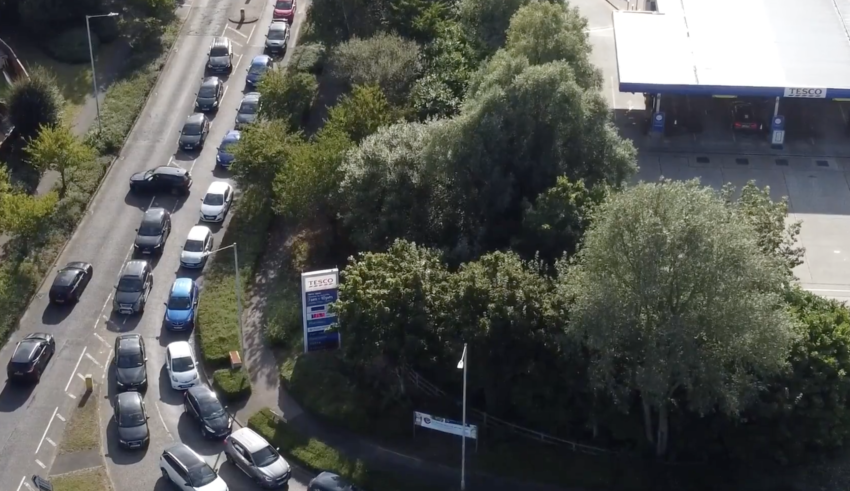 Soldiers are likely to be put on notice to drive petrol tankers to forecourts within days as motorists continue to panic buy.

The government is expected to order the military to prepare hundreds of personnel to man tankers. The Petrol Retailers Association (PRA), which represents the majority of petrol stations in Britain, estimated that between 50 and 90 per cent of them had run dry.

Kwasi Kwarteng, the business secretary, suspended competition laws last night to allow fuel suppliers to co-operate and ensure that petrol stations running empty were restocked. The move comes after Boris Johnson announced that 5,000 foreign lorry drivers would be allowed into the country in an attempt to ease the delays in supplying filling stations.

Senior government sources said that it may take a fortnight before the foreign drivers were given visas. Some cabinet ministers are concerned that a Europe-wide shortage of HGV drivers means that few will come.

The delay means it is “highly likely” that soldiers will start work on Operation Escalin in the coming days as a contingency. It will take at least a week to redeploy them from their present duties, by which time ministers hope the worst of the panic buying will be over. Johnson is expected as soon as today to make a decision on using the army.

“We are hoping that this will settle down because after a while people can’t store petrol in any meaningful way once their car is full,” a senior government source said. “There’s no issue with the supply itself; it’s a question of getting it to the pumps. But it’s better to act now and stand up the army rather than wait until later. It’s a no-brainer.”

Grant Shapps, the transport secretary, refused yesterday to rule out bringing in army drivers. He told The Andrew Marr Show on BBC1: “We will do whatever is required. The army are going to at the moment make sure we are testing HGV drivers; that’s where the bottleneck is.” He asked the public to “do their part” by refilling their cars only when needed.

The PRA said that up to 90 per cent of the petrol stations it represents, about 5,500, had run out of fuel. There are about 8,000 petrol stations in Britain, meaning that about half of the total will have run dry at the upper estimate. Some stations reported a 500 per cent increase in demand.

Brian Madderson, chairman of the PRA, said: “I’ve talked to a lot of our members. They serve the main roads, the rural areas, the urban roads, and anywhere in between 50 per cent and 90 per cent of their forecourts are currently dry, and those that aren’t dry are partly dry and running out soon.”

Why is there a shortage of lorry drivers? The UK’s fuel crisis explained

The PRA does not represent petrol stations on motorways, which are being prioritised for deliveries, but there were reports that some had run out of fuel.

Shapps blamed the Road Haulage Association (RHA) for leaking details of BP’s concerns about fuel shortages. He said it had, in effect, “manufactured” the crisis. “There was a meeting which took place about ten days ago, a private meeting in which one of the haulage associations decided to leak the details to media, and that has created, as we have seen, quite a large degree of concern as people naturally react to those things,” he said, adding that the briefings were “irresponsible”.

The RHA categorically denied the claims. It said that its head, Rod McKenzie, had not been in the meeting and first became aware of it when he was asked by journalists for comment.

There were also reports that Stanlow, Britain’s second biggest oil refinery, was on the brink over a deferred tax bill. Essar Energy, which owns the refinery in Ellesmere Port, Cheshire, is negotiating with HM Revenue and Customs over a £223 million VAT payment. Essar described the discussions as positive.