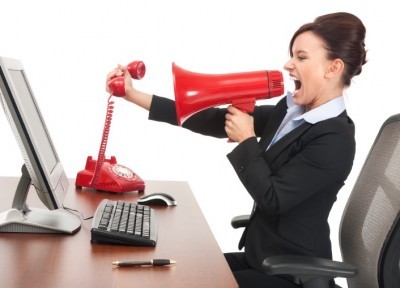 That’s the warning from online feedback system expert managemycomplaints.com (mmc), which says companies will struggle to adhere to the new regulations if they fail to put the right systems and processes in place.

Mmc fears that many financial services companies, particular smaller and medium-sized businesses which currently use Excel spreadsheets to look after complaints and feedback, need to adapt to the rules by installing a specialised system which meets the new guidelines.
And it is urging companies to exceed basic levels of compliance, to prepare for an expected clamp-down when the Financial Conduct Authority takes over in 2013.

Under the new rules, companies need to put in place the following key measures:

Financial services companies can expect increased scrutiny from the regulator to make sure that standards are being maintained.

From July, the maximum fine payable to the Financial Ombudsman Service for complaints compensation is being raised to £150,000.

managemycomplaints.com says that financial services companies also risk losing unhappy customers, who will take their business elsewhere and tell others to do the same.

mmc is urging firms, particularly smaller companies, to put in place a cost-effective system which can implement the ‘one-stage’ process and also undertake root cause analysis.

But it’s not just about compliance. Andrew Aldred, head of marketing at managemycomplaints.com, says that, with the right system in place, firms can steal a march on their competitors by using the management information from complaints and feedback to effect positive changes throughout the company.

He said: “Sectors like insurance are already undergoing more reviews by the FSA and it’s having an impact on these businesses.

“When the FSA is reformed the scrutiny will get even closer and it’s going to cause some companies a problem.

“But customer complaints and feedback also provide a rich pool of business intelligence about your company that can help you identify new ideas, ways to improve and additional income streams to let you stay ahead of your competitors.

“Companies that don’t take advantage of this ‘free business advice’ are really missing out.

“The internet and the rise of social networking mean that the potential for bad news to spread fast has increased enormously. Unhappy customers will take their business elsewhere and tell others to do the same.

“mmc can help your organisation establish satisfied and loyal customers who want to come back to your business again and again. Treat them well and they will also act as advocates for your brand, bringing you new business too.”

Mr Aldred warned that companies must be confident that decision-making controls are in place, with managers overseeing every step of the overall process.

He said that this will be “all the more critical” from July 1st when the single stage complaint handling process comes into force – “the biggest change to complaints handling the industry has ever seen”.
Under these new FSA rules, a firm’s first response will be its final response.

The FSA hopes that this change will encourage firms to resolve complaints fairly when they are presented for the first time, rather than relying on a customer’s persistence – or lack thereof – when pursuing a complaint.

“Nominated heads of complaints within firms must be confident that the technology they use is able to evidence an entire complaint’s audit trail, which is paramount in satisfying the FSA’s requirements.”