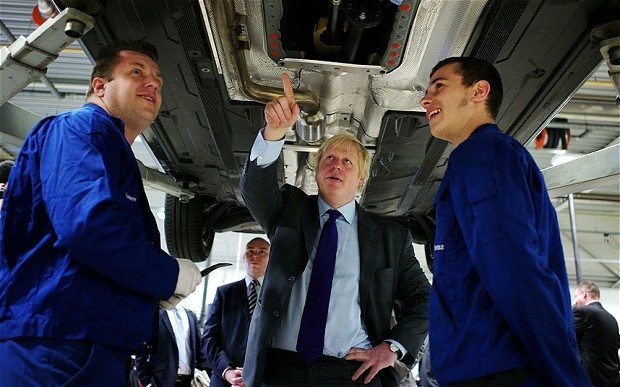 The initiative to encourage young people to sign up for an engineering apprenticeship will work through new and established apprentice schemes, backed by £10m from the Gatsby Foundation, a fund set up by Lord Sainsbury. The programme was created by the Institutions of Mechanical Engineers, of Civil Engineers and of Engineering and Technology.

“British engineering and innovation are a part of our history that we are rightly very proud of and our engineering excellence continues to change the world that we live in for the better,” said David Cameron as he explained the scheme.

“Apprenticeships are at the heart of our mission to rebuild the economy, giving young people the chance to learn a trade and to build their careers, creating a truly world-class, high-skilled workforce that can compete and thrive.”

Details of the plan emerged as the Queen’s Engineer Prize on Tuesday celebrates the best of British engineering at an awards ceremony at Buckingham Palace, reports The Telegraph.

However, Sir Richard – the outgoing chairman of one of the world’s largest defence groups – said the UK is in danger of repeating the mistakes of the past by failing to appreciate its scientific heritage and undervaluing its engineers and the skills they need to flourish.

He saw the problem as deriving from an ingrained but unhelpful skew against apprenticeships and the sciences.

“At its root, our failing is due to a mixture of particularly British cultural and social attitudes and preconceptions which has resulted in the sciences and engineering – particularly the practical pursuit of engineering exemplified in the UK by apprenticeship programmes – playing second fiddle to other career and job choices, such as the professions and financial services,” he said.

“For instance, how many British parents would encourage their children to choose an apprenticeship over university, even in the current period of austerity where a degree is no guarantee of a job? Not many.”

The answer, Sir Richard said, was likely to be very different in Germany, where a “backbone” of apprenticeships and technical schools supports its pre-eminence in high-tech engineering.
At BAE Systems, Sir Richard said management was working to change attitudes. “We view our apprenticeship programme as an important means of nurturing talent,” he said.