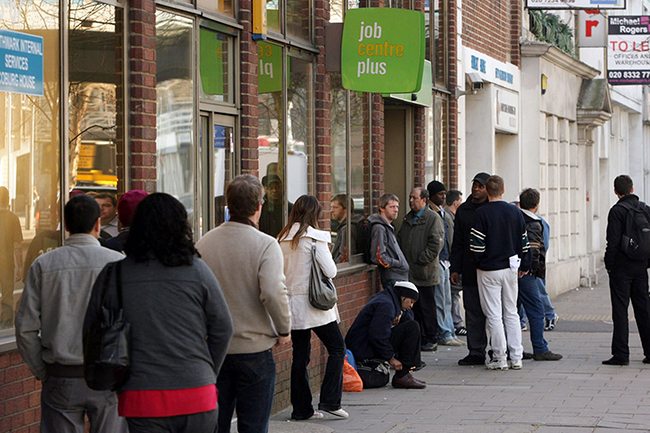 The analysis conflicts with the conventional wisdom that the British employment market has performed remarkably well by historic standards since the 2008 global financial crisis.

Economists have been surprised by the fact that, unlike in previous slumps, British joblessness has not shot up and the numbers of people in employment has grown in the last five years. The total number of hours worked each week has now surpassed its 2008 peak, despite stagnation in the economy. And the number of people classified as unemployed peaked at 2.67 million in October 2011.

But the Resolution Foundation has performed an analysis of the total adult employment rate – which reflects the increase in the size of the population and the growth of the available workforce – and found that there remains a “jobs gap” of 930,000. This is the number of new jobs that would be required to restore the employment rate from its present level of 58.5 per cent to the 60.3 per cent recorded in 2008. This jobs gap has actually grown from 830,000 in the final quarter of last year.

The Resolution Foundation has also looked at the latest employment projections from the official forecaster, the Office for Budget Responsibility, and estimated that the jobs gap is likely to remain at 770,000 until 2018.

This would mean a longer period of weakness in the UK employment market than that which followed the recession of the early 1990s under John Major and also the early 1980s downturn under Margaret Thatcher.

James Plunkett, director of policy at the Resolution Foundation said: “While unemployment is still surprisingly low given the fall in output in recent years, this is just one way of looking at the labour market and it breeds a real risk of complacency.

“At least as important is the proportion of the population who are working and the poor performance we’ve seen on this measure recently reveals how tough the jobs recovery is going to be.” According to the latest jobs report by the Office for National Statistics, there were 2.52 million unemployed people in the first three months of this year – an increase of 15,000 on the final quarter of 2012. The number of people in employment slipped to 29.71 million, although this was still 434,000 more than a year earlier.

The ONS reported that the total number of weekly hours worked across the economy hit a new record high of 950.3 million in the first quarter of the year. In his March Budget speech, George Osborne claimed that the economy has created 1.25 million new private sector jobs since the Coalition took office in May 2010. This, however, included 196,000 jobs in further education, which were reclassified in 2012 from public to private sector.