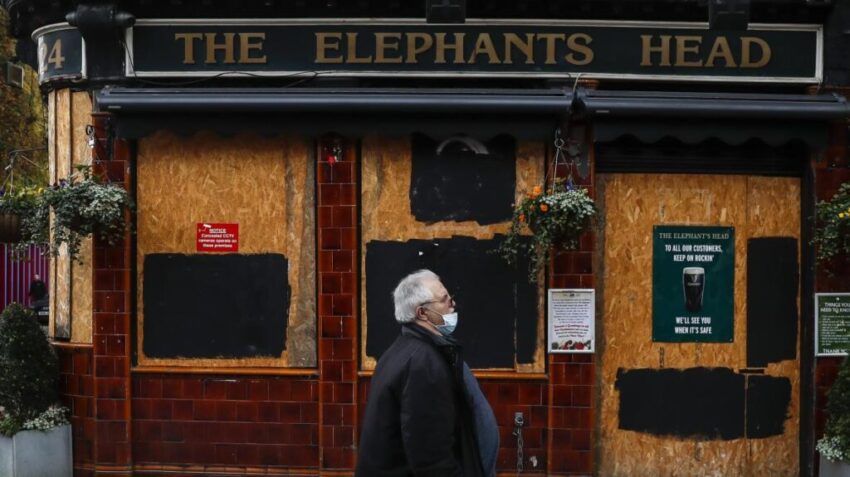 Almost 10,000 pubs and restaurants called time permanently last year, up 15 per cent on 2019, as lockdowns took their toll on licensed premises.

After taking into account new openings, Britain lost almost 6,000 establishments, triple the number in 2019, as the market contracted by 5.1 per cent.

According to the latest market recovery monitor from CGA and Alix Partners, the turmoil of last year led to the permanent closure of 9,930 sites, while 3,955 premises were opened — a net decline of 5,975 sites. In 2019, there were 8,658 closures.

The figures, which exclude temporary lockdown closures, mean that for every new opening last year, there were two and a half closures, nearly double the ratio recorded in 2019.

One of the worst-hit sectors was casual dining, where site numbers fell by 9.7 per cent as 230 openings were dwarfed by 878 closures. Independent restaurants also suffered, with more than 2,000 closing and almost 1,200 opening. The situation was little better in pubs, with food-led establishments contracting by 3.9 per cent, high street venues by 4.5 per cent and community pubs by 5.1 per cent. Overall, a total of 2,698 pubs closed their doors permanently, while only 861 opened.

Karl Chessell, of CGA, said: “With stop-start trading for much of 2020 and a widespread shutdown during what should have been a bumper Christmas, nearly 10,000 licensed venues have not been able to make it through and it is inevitable that thousands more will follow.”

He said that after a bleak Christmas, it was “difficult to be optimistic about the market”, but that would quickly change once venues were allowed to reopen their doors. “The case for government support is compelling,” he said. “There are better days to come, but the sector will be in survival mode for some time yet.”

Chaker Hanna, chief executive of Comptoir Group, an Aim-quoted chain of Lebanese restaurants, added his voice to calls for government action. “We are fighting for our survival,” he said. “The sector must be represented in the government by a secretary of state for the hospitality sector, someone who understands how it works.”

The scale of new openings might seem high, given the devastating impact of lockdowns and other restrictions, but Graeme Smith, managing director of Alix Partners, said that there had always been “a high level of natural churn” as entrepreneurial operators looked for opportunities to take on sites that have been closed.

He added: “What the number of openings does show is an underlying optimism in the sector prior to the first lockdown in March and operators willing to invest and take advantage of pent-up consumer demand.”