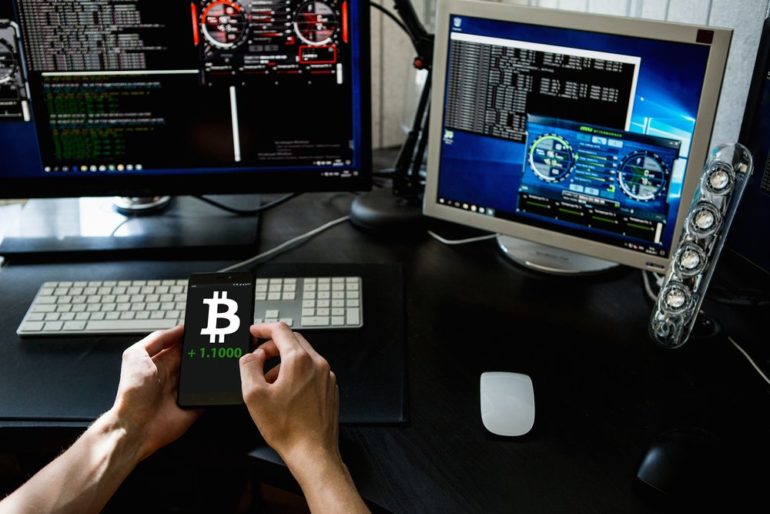 Bitcoin, the world’s most popular cryptocurrency, is driving cutting-edge innovation across numerous sectors.

It is doing this by using blockchain technology, an open-source database that keeps Bitcoin transactions secure, transparent and decentralised, eliminating the need for a third party such as a government or bank to dabble in private transactions. As such, the price of Bitcoin – and other cryptocurrencies – continues to soar, as does its use. Various companies are on board, developing digital currency-powered products that are changing the face of anything from mobile betting apps, to peer-to-peer payment methods. Here are five UK Bitcoin companies that are leading the way.

Blockchain.info is the world’s most popular Bitcoin wallet. The company has overseen more than 100 million Bitcoin transactions from over 140 countries, 160,000 of which take place daily. Blockchain.info is also very popular amongst those who gamble with cryptocurrency as it does not track what users do with their bitcoin. Rivals such as Coinbase and Xapo, however, do. These companies will shut down the accounts of users who try to execute transactions with bookmakers and online casinos, which is a hassle that Blockchain.info users do not need to worry about.

Vaultoro is the first real-time trading platform that facilitates the trade of Bitcoin and physical gold. The purchase and sale of gold via Vaultoro comes without banking fees, while transactions can be executed in the manner of seconds. In fact, the only fee users will have to cover is an 0.5% trading free, which drops as each user’s trade activity increases. The gold is stored in the customer’s name and housed in high-security vaults in Switzerland, and customers can also request the physical delivery of their gold at anytime. For those looking to add some historically valuable shiny yellow metal for their portfolio without the interference of banks and other intermediaries, Vaultoro is a fast, simple and efficient way to do just that.

CoinJar offers a fast and seamless way to trade, spend and send Bitcoin, dollars and pounds. It essentially functions as a one-stop shop for those that like to transact in both Bitcoin and fiat money. The CoinJar Touch app, available on Android and iOS, allows users to pay anyone in the world with Bitcoin in the matter of seconds, while debit cards can also be linked to the wallet for purchases and withdrawals. Users can also link their bank account to their CoinJar wallet, giving them access to their money through the Bitcoin network wherever they are in the world.

The UK’s top Bitcoin exchange, London-based Coinfloor is another simple, safe and fast method of buying and selling the world’s most valuable digital currency in exchange for sterling. More stringent security measures, which include two-factor authentication and a requirement for multiple signatories to release customers’ bitcoins, are one of the reasons Coinfloor has become such a trusted Bitcoin exchange in the UK. The company’s responsive platform is among the most basic users will encounter, allowing for simple and straightforward transactions that can be easily executed via mobile.

Another all-in-one service, Cryptopay can be used for exchanging, transferring, purchasing and selling Bitcoin. Perhaps its most unique feature is the Cryptopay debit card, which allows users to pay for goods and services with Bitcoin everywhere that Visa is accepted. ATM withdrawals through the debit card in local currency are also possible. Free deposits and withdrawals are another strong feature, with the only charge being a 1% fee for converting to or from BTC. Funds appear in user accounts the following day after a purchase, another significant advantage over some Bitcoin wallets and exchanges that take days to make funds accessible.