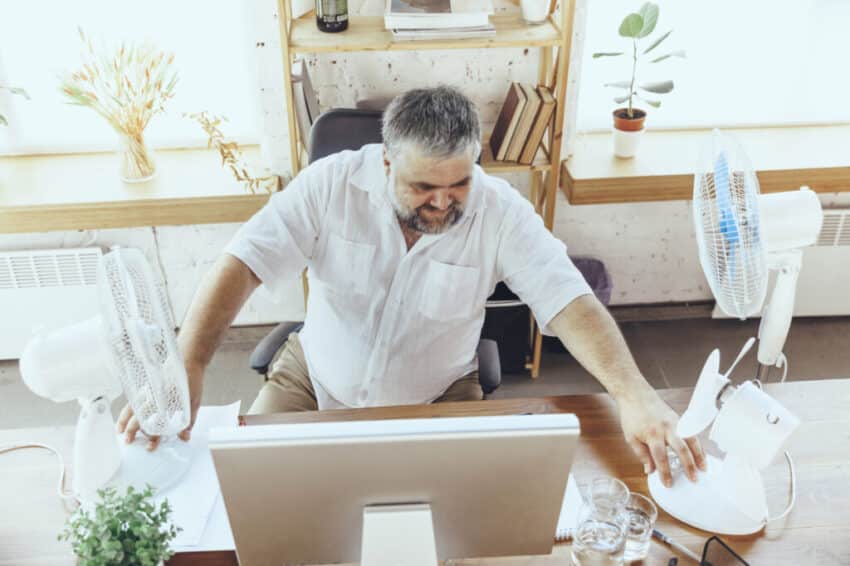 With searches for ‘How to keep house cool in a heatwave’ up +1,450% in the last seven days, two thirds of Britons were unable to work properly in the heat, with more than 30 million hours’ worth of productivity lost as a result.

The research, undertaken in response to the heatwave in the UK last Friday, which caused a spike in online Google searches for ways to cool down; in the last seven days searches for ‘How to keep house cool in a heatwave’ increased by +1,450%, whilst those for ‘home air conditioning’ were up by +250%.

Initially respondents were asked whether their home office was cool enough to work in during Friday’s heatwave, and just one in three said this was the case.

When asked if they ordinarily had air con at their office, 69% revealed that they do, compared to just 7% that have it at their home.

Those that said their environment was not cool enough to work in during the heatwave were asked how many hours fewer they were able to work as a result, and the average came in at two and a half hours each day.

What’s more, as many as two fifths said that they clocked off early without telling their boss, and without permission, because of the heat.

Given there is an estimated 18 million people working from home in the UK, around 12.2 million homeworkers were unable to work properly during the heatwave, leading to a massive 30.6 million hours lost in productivity each day.

Commenting on the study, Richard Petrie, Marketing Director at www.thomas-sanderson.co.uk, that carried out the research, said:“Last month was our first real challenge of facing extremely hot weather whilst working from home, and Friday was just another example of how tough this can be; for many this is the first time trying to work without air-con which has proved difficult.”