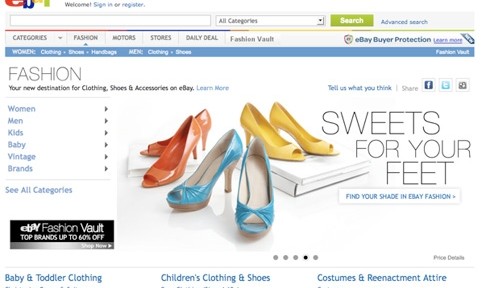 The total turnover of these new ‘recession bloomer’ businesses exceeded £350 million in 2010, showing a new wave of entrepreneurialism has hit the UK.  In fact, over 3,500 of these post recession entrepreneurs are turning over in excess of £100,000.
The data also reveals that Birmingham is the UK’s hot-spot for e-commerce start-ups, ahead of Manchester, Sheffield, Nottingham and Leicester, with over 1,000 new businesses setting up since the recession, contributing over £18 million to the local economy.
Nearly a third of all eBay businesses in Birmingham have been established since September 2008.
Angus McCarey, Retail Director for eBay UK said: “Online businesses in general have reduced start-up costs and low overheads so are able to be fleet of foot in responding to the needs of consumers and adapt their product offering according to what is selling.  This has contributed to their success in recent years, and it is encouraging to see these 45,000 entrepreneurs taking the plunge and building new businesses despite the wider economic climate.”
The data also reveals that the Home and Garden category offers huge growth potential for online entrepreneurs.  Since the recession, over 7,000 businesses selling Home and Garden products have set up on eBay.  This accounts for a third of all Home and Garden businesses on the site in total and has resulted in the sale of nearly £72 million worth of goods.
Sarah Gyles, owner of fitness-nation-wholesalers, began selling home fitness equipment on eBay in October 2008 and now turns over more than £70,000 a year.  said: “Internet businesses are the way forward.  More and more people are trying it for the first time and are discovering the benefits of low overheads and the ability to work from home.
“Selling online has enabled me to balance work with my role as a busy single mum, and eBay is a flexible platform that has helped my business remain competitive.”
Since setting up her eBay shop, Sarah’s business has grown substantially and she hopes to expand into Europe and buy business premises in the near future.
Emma Jones, co-founder of Startup Britain – a Government-backed campaign which supports new enterprises – commented: “Since the StartUp Britain campaign was launched a couple of months ago, we have witnessed a 25% increase in the number of people searching for the term ‘start up’.”
What’s more, there is evidence to show if people around you are starting businesses, you are more likely to do so yourself. That’s why we’re delighted so many people have come forward to launch a StartUp Local campaign in their area. They will be working to encourage and support the next generation of eBay entrepreneurs!” Jones added.