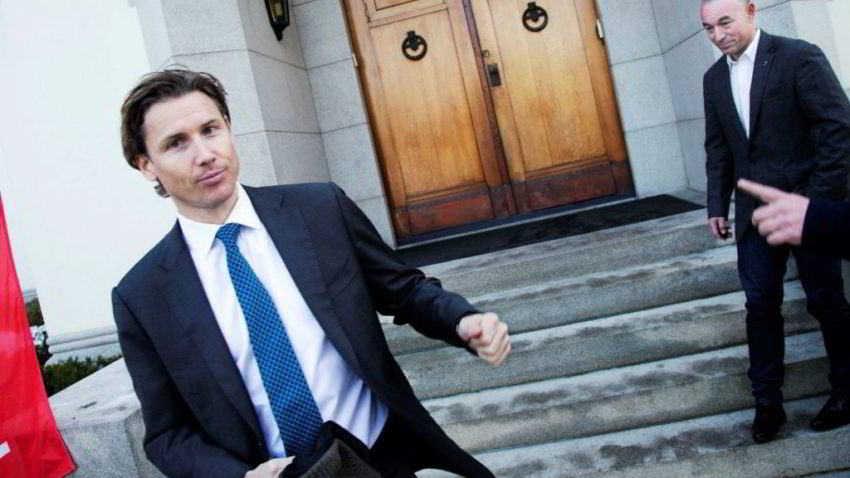 When Ronny Delia, the former Celtic manager, left the Norwegian club Vålerenga for the MLS club New York City FC at the turn of the year, he left the Oslo club with a problem.

Delia won the Scottish Premiership and the Scottish cup with Celtic but Vålerenga, always an erratic club with a rich and colourful history, had suffered a long run of defeats. Delia has hit the ground running in New York City making signings in his first week, things at Vålerenga have been less happy until this weekend when a savior for the club appeared.

Christian Eidem is an adviser to the Oslo club and an investor. Back in 2005 he was the architect of one of the most remarkable seasons in the club’s history.

For 13 years up to 2005, Rosenborg, the Trondheim club, had won back to back titles. Vålerenga had struggled. In the summer of 2004, Eidem began to bring stars to the club. First, Steffan Iversen, the striker who had made a significant impact at Spurs. Then Ronny Johnsen, the legendary Manchester United defender. And then Tore Andre Flo, one of the most exciting strikers in the game at that time.

This trio contributed to a fantastic season for the club, breaking the Rosenborg run of wins and clinching the title with a draw on the very last day of the season. But the club declined fairly quickly after this season and for the last decade have been floundering.

The Return of the Trio?

Last week stories began to appear that Eidem was trying to repeat the magic for the club. First it was reported that Steffen Iversen was very interested in the job of manager but he did not have the full set of coaching badges required for the head coach job. Then Eidem was pictured with Ronny Johnsen at the Manchester United vs Norwich City game on Saturday leading to further speculation and linking the two to Tore Andre Flo.

The proposal seems to be that Ronny will become Head Coach and Steffen Iversen and Tore Andre Flo will be the assistant coaches. Johnsen has recently started a coaching role at the Norwegian club FK Eik Tønsberg as well as being an ambassador for Manchester United and Tore Andre Flo is transfer coach at Chelsea.

If Eidem could pull this off, it would be very popular in Oslo. Vålerenga should be the biggest club in Norway.

They are in the capital and they have the fan base but they have  not reached their potential in a sustained way since the 1960s when they had an exciting style of attacking football. The return of this trio of stars could open a new chapter in the history of the club.