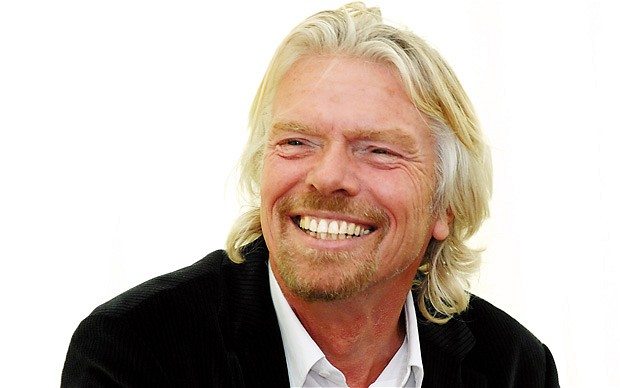 When asked who provides most business inspiration, 21 per cent of applicants to The Pitch 2013, an enterprise contest founded by BusinessZone.co.uk in 2008, cited their mother, father, uncle, aunt, brother or sister compared to 16 per cent who said the Virgin boss.

Another 9 per cent chose a former boss or colleague, while 8 per cent said it was Apple co-founder Steve Jobs and 4 per cent picked The Apprentice host Lord Sugar. Entrants were also questioned on what business issues keep them awake at night. Fear of failure, access to finance and coming up with new ideas were the most popular answers.

“Can I really do this?”, said one entrant. “You hear the stats about startups failing to reach their 2nd or 3rd year. I took a massive gamble by quitting a secure job to start my own company so I need it to work out.” Another commented: “I always think about how can we get more publicity for our little startup, and whether or not we need to change things to be more attractive to potential investors.”

A fellow applicant added: “I often work through in my head how to better the new ideas and concepts that I have jotted down during the week.” Out of the applications, 50 entrepreneurs have been chosen to compete at The Pitch Live in Bristol on 25 September. One contestant will receive business support worth thousands of pounds and all have the chance to win a share of £275,000 equity investment.

Audience tickets to the event, which will also feature successful entrepreneurs like Rob Law, founder of ride-on suitcase brand Trunki, sharing their tips for success, cost just £10. All paying attendees will get the cost of their ticket back in Bristol Pounds local currency which can be spent at the on-site pop-up shop or with hundreds of companies in the city.

Dan Martin founder of The Pitch, comments: “Despite the high profile nature of entrepreneurs like Sir Richard Branson, it’s not surprising that many small business owners find inspiration close to home. After all, Britain is a nation of shopkeepers! “Fear of failure and access to funding are key concerns for most of our applicants but events like The Pitch 2013 can help deal with that.

We are determined to help as many entrepreneurs as possible by connecting them with investors and other people who can help them successfully grow their companies. “I urge anyone with an interest in supporting British entrepreneurship to join us at The Pitch Live in Bristol on 25 September.”