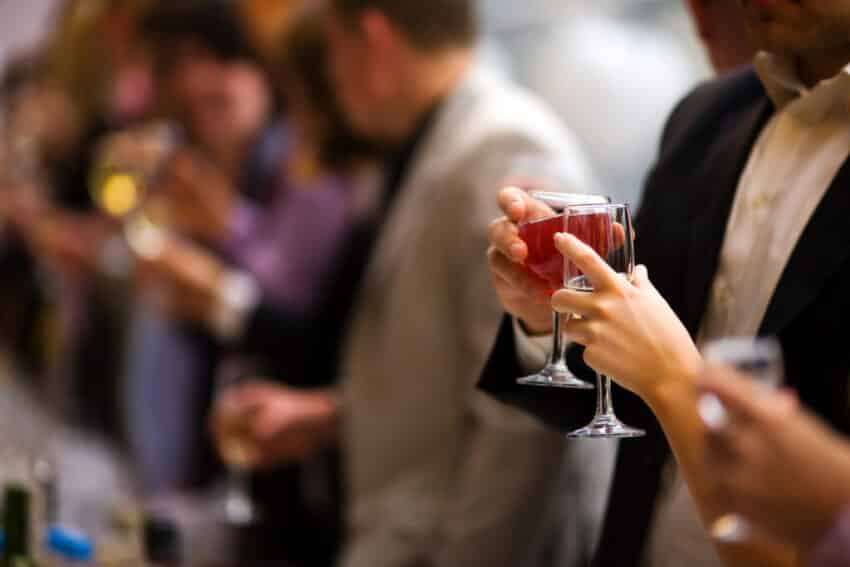 A collapse in Christmas party bookings as Covid-19 forces companies to cancel or cut back celebrations will cost the country’s hospitality industry an estimated £717 million, new research reveals – dealing another blow to the beleaguered bar trade and the millions of people it employs.

In response to the findings, Campari UK is calling on businesses that may no longer be putting money behind the bar this Christmas to instead put it behind the bar staff – donating a suggested 5% from their unused party budget to hospitality worker relief fund Shaken Not Broken.

The research commissioned for the campaign finds a dramatic 73% drop in the proportion of businesses planning to hold parties in hospitality venues, from seven in ten in 2019 to just two in ten this year.

Two fifths of British businesses have completely cancelled or postponed any celebration this year, with 18% downgrading to a virtual event and a further 8% still yet to decide.

With companies ordinarily spending an average of £49.80 per employee on end-of-year celebrations, the ultimate impact on bar staff income and emotional and mental wellbeing could be disastrous.

Recent data from pub and restaurant trade bodies has in fact warned of 750,000 fewer people in jobs in the sector by February 2021 as 72% of employers expect to operate at a loss and be forced out of business.2

Such has been the impact of Covid-19 on frontline bar workers’ livelihoods – and lives – throughout the pandemic that Shaken Not Broken was established in April 2020 to offer much-needed help.

Founded with an initial £100,000 donation from Campari UK, which has also given on-going support as the crisis has continued, the fund is administered by hospitality charity The Drinks Trust, with donations facilitated by TiPJAR.

A £500 contribution from an unused Christmas party budget would give two struggling hospitality workers financial assistance, mental health and wellbeing support, or an education and training grant to help increase their employment opportunities.The campaign research also underlines the impact Covid-19 is already having on hospitality staff and the businesses they would serve, even before Christmas party season would ordinarily be underway.

One in four cancellations are due to the intended venue being closed due to Covid-19 restrictions, with six per cent because the venue has already gone bust. One in five businesses also report that their office local, so often a key part of company morale and culture, has been forced to closed down permanently because of the pandemic.

Brad Madigan, Managing Director of Campari UK, said: “The unavoidable cancellation of a large number of work Christmas celebrations will place even more financial pressure on the hospitality industry, already struggling under the weight of reduced footfall, curfews and widespread lockdowns. Many hospitality venues have cut staff numbers, reduced staff hours considerably or, even worse, not re-opened at all since March – placing hundreds of thousands of staff on furlough or directly into unemployment.

“That’s why we’re calling on the UK business community to donate a small part of what they’ve saved from cancelling this year’s Christmas celebration events to the Shaken Not Broken Fund. We know times are extremely challenging for many, but any donation, however large or small, will make a genuine difference to people’s lives. It really is time to support those in the hospitality industry who would normally be serving us at this time of year.”

“Even in normal years, the hospitality sector relies on a bumper December to balance its books and pay employees. And 2020 has been anything but normal. As a result, the people who often play such a key, unrecognised role in company culture and staff morale, are counting the cost more than almost any other workers. Donating unused Christmas party budget means that the friendly faces on the other side of the bar will be more likely to still be there to welcome us back when normality returns.”

Ross Carter, CEO of The Drinks Trust, said: “We are incredibly thankful to Campari UK for running this fantastic initiative aimed at raising valuable donations for The Drinks Trust and thank you also to all the companies that have already signed up to donate a proportion of their staff party spend for 2020.

“This year has been devastating for the hospitality and drinks industry, and the Trust’s work has been essential in alleviating some of the hardship faced by so many in our industry. Through the Shaken Not Broken Fund, The Drinks Trust managed to reach out to 540 colleagues facing severe hardship, providing them with much-needed support, but far too many are still struggling to make ends meet.

“The impact these funds will have on the lives of our colleagues and friends in the drinks industry is significant, and we would encourage others to follow Campari UK’s lead by donating part of their Christmas party budget towards the Shaken Not Broken Fund and The Drinks Trust’s work.”

Companies can pledge their donation via the Drinks Trust website using Paypal and the reference SHAKEN, or by contacting marketing@drinkstrust.org.uk to request an invoice.

With England set to return to a series of tiered restrictions, all of which include specific measures for hospitality venues, the research highlights how negotiating these has led to cancellations. More than a third (37%) are due to the difficulty of maintaining social distancing in venues, with a similar proportion (35%) because of the Rule of Six. A fifth of companies (20%) have also cancelled because of the number of staff working from home.

However, 38% of businesses also cited understandable concerns around staff wellbeing. And, as a reminder that the economic impact of Covid-19 isn’t confined solely to hospitality workers, one in seven businesses (13%) have been forced to cancel their usual end-of-year celebration because of their own financial situation.