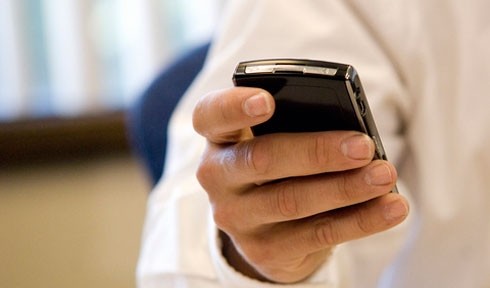 Employers rushed to equip staff with the smart-phones due to the fact they allowed users to send and receive emails when away from the office – potentially putting them in touch with work around the clock.
But bosses are now beginning to turn their backs on the devices, including Apple’s iPhone, for fear that the amount of time staff waste on them when they should be working far outweighs the benefits of 24 hour access to e-mails.
Peter Mooney, of Employment Law Advisory Services, said his company had begun receiving calls earlier this year from employers concerned that downgrading their staff’s company mobiles might constitute a change in their remuneration package.
He said: “What started as a trickle is certainly building up to a stream as more and more employers start looking at what they really need from their employers.
“Being able to email staff at seven or eight o’clock was certainly seen as a benefit, but now the phones can do more and more, they are realising that giving staff such powerful technology has its drawbacks too.”
Among those drawbacks are the fact that staff with expensive phones are more likely to be attacked or have their phones stolen, and therefore more likely to feel uncomfortable leaving the office late or alone.
But one of the drawbacks mentioned by many employers is the fact that the phones’ technology is becoming a distraction to staff while they are in the office.
Mooney added: “Whether it is social sites like Facebook, keeping up to date with the news or doing their shopping, we know that people are spending more and more of their time online.
“With more and more free minutes and free internet access are built into the agreement, it is difficult to distinguish which calls, and which websites, are business-related and what is not
“Businesses which dealt with this by monitoring or controlling which sites staff can access through their office PCs are now finding it’s much harder to do if staff surf the net on their hi-tech phones.
“Most bosses are happy to accept a little personal internet use during the day on their own phones, but even they are finding that taking away the work smart-phone does remove some of the distraction and improves productivity.”
ELAS estimates that employees who use smart-phones such as Blackberries to access work emails actually only save between five and 20 minutes a day, depending on how much of their time is spent away from an office.
This is compared with losing between 30 and 90 minutes a day through staff using the phones to keep access Facebook or Twitter, checking the latest football news or playing games.
“A lot of the employers we speak to say that staff tend to overestimate the time they save because they place too much value on responding very quickly to emails.
“In reality, when the phones are removed, they tend to find that most of those emails can wait a few hours and can then be dealt with much more effectively and efficiently at their desks.” Mooney added.