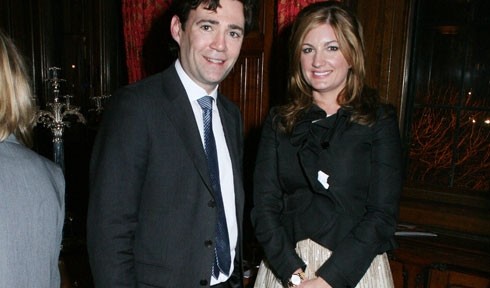 The Germans and the Spanish show a more ruthless focus on winning, with two thirds of 11-18 years olds there saying they ‘like to win’, and ‘try harder’ if they don’t.  French and Italian youngsters also show a more competitive edge than their British counterparts.
AXA UK however are trying to change this with the launch of a  £200,000 awards scheme for 11-18 year olds. The Ambition AXA Awards, launched by Andy Burnham and Karren Brady (ambassador for the Enterprise category),  is set to reward UK talent and achievement in Enterprise, Science, Community, Sport and The Arts.
The report highlights a worrying fact that just four in 10 young British people believe they will actually achieve their ambition, even though six in 10 describe themselves as ambitious or very ambitious.  Other nationalities surveyed give more optimistic responses about their chances of actually succeeding (France 54 per cent, Germany 53 per cent, Italy 52 per cent and Spain 45 per cent).
A quarter of British youngsters also say they don’t care about winning or being the best. One in 20 doesn’t feel ‘anyone in my life encourages me to be ambitious’, but more than two thirds say that parents provide the most important factor in supporting their ambition.
With comparable levels of spending on education and facilities for young people across the five countries, the major difference is in their self-belief and determination to succeed, showing more encouragement and support is needed to turn British children’s ambitions into reality.
Sir Alan Steer, a leading behavioural education expert, board director of Ofsted and chairman of the Ambition AXA Awards judging panel comments: “As a nation, we are the best in the world in many areas of the arts, science, enterprise and sport and we are more actively engaged in our communities.  We need to boost our young people’s self-belief and determination, encourage and reward their talent and potential. Young people in this country are brilliant and we need to fire them up to succeed.”
Paul Evans, group CEO of AXA UK, commented: “Recognising and rewarding talent is important for UK PLC and something we put great emphasis on at AXA.  The Ambition AXA Awards offer an incredible opportunity for five young people to win the chance to change their lives forever and showcase the amazing talents of 11-18 year olds across the country. They will get exactly the kind of guidance and mentoring that could lead to fulfilling their ambitions.”
Other key survey findings relating to young people in the UK are:
Sir Alan Steer concluded: “I’m thrilled that AXA is launching these awards and I am proud to be chairman of a panel comprising some of Britain’s highest achievers.  I ask anyone who knows a young person with outstanding ability and ambition to encourage them to participate in these awards.”
The winners will be announced on 30 November 2011, after which the judging panel will help the winners to create a development package that will help them to achieve their goals.