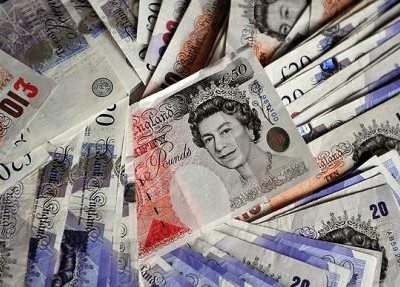 With that in mind Energy Forecaster looked at what else companies can do to cut costs, here are five tips to get you started:

Many companies are paying too much for their office or business premises. This could be because they are leasing too much space, or because they are paying a premium for the location. Significant amounts of money can be saved by moving offices, or at least downsizing the space you are renting. For example, renting a 300 square foot office space in central London could cost you around £10,250 per annum, compared to an office of a similar, or even larger, size in somewhere such as Camberley, which could cost closer to £3,500. However, moving your premises is not always an option, and if this is the case, then you should also consider re-negotiating with your landlord or leasing empty desk space to freelancers and other small companies.

Although many companies scaled back their expenses policy at the start of the recession, this is still a major area for unexplained costs that often cannot be charged back to clients or customers. The Global Expense Benchmark Report 2011 found that around £1.3 billion is being lost by UK businesses annually due to fraudulent and out-of-policy expense claims and so businesses need to have strict policies in place for expenses, including exactly what can be claimed back, how it needs to be claimed back, and when it needs to be claimed back by.

Often businesses will have been using the same suppliers for a number of years and do not realise that they are in a good position to renegotiate costs. This can be anything from stationery suppliers, to the milkman, to who you buy your energy from – which is our specific area of expertise. For example, for an average customer, the least competitive energy rates on the market are 70% higher than the cheapest ones available. This could be for a number of reasons, for example a business could be paying out-of-contract rates, which are typically double the best price on offer. Usually though, it is simply because they do not research tariffs enough to know if they are getting a good rate or not. The average saving for someone who switches is £784.40. However by switching from the highest electricity unit rate to the average, a business using 25,000 kWh a year would save £4130.
Potential saving – £4130

4. Source your own staff

Despite the recession, there are occasions where a company will have a member of staff leaving, and the position still really needs to be re-filled. If this is the case, then they can save thousands on recruitment agency fees by sourcing their own new staff member. The average cost of hiring a new employee in the UK is around £5,300 according to a recent survey, with the majority of these costs being spent on the use of recruitment agencies. Although it may be easier in some cases to rely on a consultant to fill a role with specific or specialist skills, social media tools like Facebook and LinkedIn are often where agencies look themselves anyway, so businesses shouldn’t be afraid to approach people directly using these platforms. They can also advertise jobs on their own website which many companies no longer do. Some businesses that have turned to social media and other more direct methods of recruitment have been reported as reducing their recruitment costs down to £1,700 – a significant saving.
Potential saving – £3600

Although this is likely to be a blow to staff, the majority would probably rather lose some of the perks they receive than lose their job. Ways of cutting back include reducing bonuses for the year (however they may be structured), reducing or culling staff entertainment, and cutting back on non-essential benefits such as gym memberships. These changes do not need to be permanent but can go a long way to helping a business through a recession. Furthermore, the majority of employers in the UK could be wasting the money they spend on salaries and benefits by leaving employees in the dark about the true value of the total package, according to a study by the CIPD. The average benefits package in the UK is estimated to be between 20-30 per cent of the employee’s annual salary, yet when asked, the majority of respondents would ‘guess’ at 10 per cent. So by improving communication between you and your employees you are likely to be able to make them aware of the true value of their benefits package and be met with understanding and acceptance from employees when you cut back on these perks. By reducing your employees benefits package to 10 per cent of their salary, you could make a significant saving.

Total saving – £19,406
So as you can see, by making a just a few changes to your business strategy it is quite possible that you will be able to make savings equal to at least one salary. While some of these tips may not provide a long-term solution, they do offer alternative options to redundancies when businesses are looking to save money.