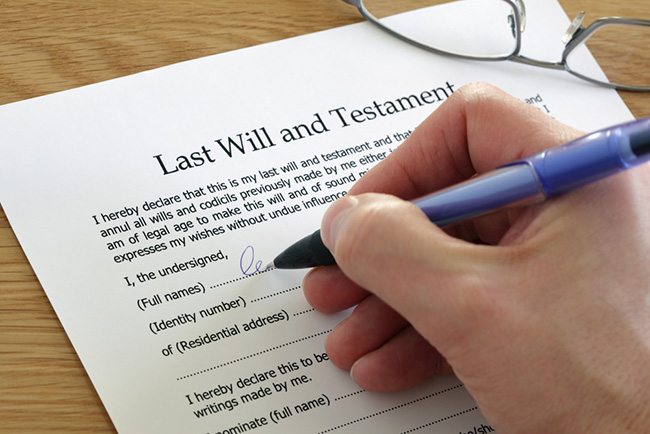 You don’t need to be upset and unsatisfied with the way estate property is distributed, as you can contest the will to get it executed justly. However, you cannot contest a will without the legal grounds to do so.

If you think you do have justifiable grounds, it’s not enough to contest the will, but it is also important to begin the process of lawful and adequate distribution of the estate. You will have to demonstrate at least one or more of the several recognised valid grounds for overturning a will to contest its validity successfully. Below is how you do just that.

If you’re going to be contesting a will with the help of a lawyer, then there are going to be a few grounds that they will need to check with you. The first is that the testator must have been in in a ‘sound mind, memory and understating’ at the time of making a will. The law concerning whether a person has sufficient mental capacity to comprehend the contents of his/her will, states he/she must:

Alzheimer’s disease or any type of dementia is the most common example of the above.

Undue influence is one of the principal grounds for contesting a will. When the testator was subjected to undue influence, it means the will was made with the help of coercion, deception, manipulation or intimidation by someone, pressurising the testator. It can cover threats, verbal bullying, physical violence or even simply communicating with a seriously ill testator in a way to influence their decisions.

It can be very difficult to produce the evidence of undue influence which is the most common ground to claim that the testator lacked prudence or agreement to the contents of the will. It often means that the deceased didn’t completely understand or approve all the clauses though he/she may have comprehended the points of the will.

It can also be argued that when a fully trained and experienced attorney takes several hours to read and understand each content of a sixty-page legal document, an 80-year-old with no experience in and knowledge of legal matters may not have completely understood or accepted all the clauses.

Lack of Knowledge and Approval

In the absence of any sufficient evidence to prove undue influence, the court must be satisfied that the deceased understood and accepted all the contents of his/her will. Knowledge and approval will also be presumed where a will has been correctly executed and the deceased had the required testamentary capacity when making the will. However, mentioned below are circumstances whereby it must be legally proved that the person making the will had all the necessary knowledge to comprehend and accept the contents of his/her will:

If you think that a will has not been correctly executed, it is known as ‘lack of due execution’. A will must comply with section 9 of the Will Act 1837 to be regarded as a valid will. Therefore, a will is invalid or lacks lawful execution when it fails to meet one or more of the following necessary criteria:

Remember that it’s a legal presumption that a will has been executed validly unless there’s evidence to the contrary.

A will may be invalidated partially or in totality if the contained dispositions are the result of forgery and fraud. When the testator is purposefully misled in making a testamentary disposition based on incorrect or false information intentionally provided for the cause, fraud has occurred. If you can prove that a will or the person allegedly preparing the will signature has been forged, it will declare the will being invalid.