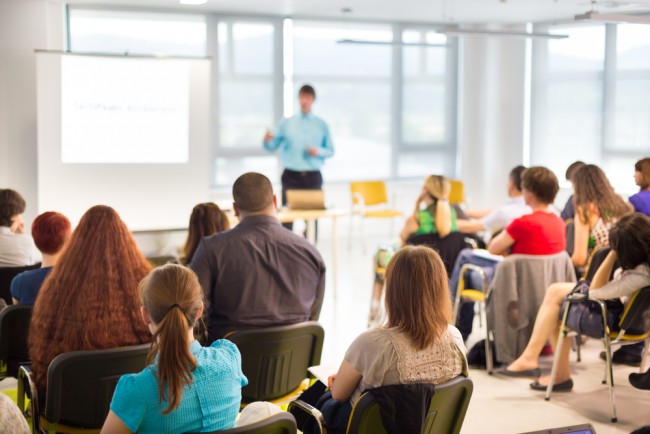 However, when done properly workshops can leave people feeling inspired and engaged.

So what is it that can turn a workshop from awful to amazing?

Jean Gamester of Semaphora believes it comes down to the dynamics, the content, and the messages shared both ways:

Part of the reason people expect workshops to be unpleasant or useless is that they expect the dynamics to be awful.   That there will be one or two voices that always ring out and dominate and the facilitator lets it happen.  That if anyone else wants to speak out, particularly if it is a controversial topic, they are exposing themselves to ridicule or retribution.  To overcome that, we need to create an environment where everyone gets a fair chance to contribute, and where it is safe to do so.

The beginning of the session is vital; establish up front that everyone should have a voice, and get the group’s agreement.  This gives you permission later on to encourage the loud voices to give the others some talking time, and to call on the quieter, more thoughtful ones to share what is on their minds.

Break people into smaller discussion groups and ask one person from each group to report back on the group’s discussion.  The key here is that the person reporting back is not necessarily sharing their own view, just what came up in their group.  It is safer for the speaker – things not normally brought up in public get discussed, which is a first step towards addressing them.

The next reason that people expect sessions to be awful is that they expect the person running the show to talk at them for the entire time.

I recently worked with a group of business school students delivering an all-day session on project management. Instead of a lecturer’s monologue, the day was built around a project management case study.  We stepped through the theory in short bursts and the students spent most of the day solving the challenges in the case study and reflecting on how the learning could be applied in real life.  We managed not only to cover project management, but also how they behaved in the groups – useful for the job interviews and assessment centres they would need to succeed in to get their first steps on the career ladder.

The Messages Shared Both Ways

The third challenge is when there is only one message allowed in the room – the message of the person running the session.  If you come with the intention of simply “uploading” a message, the group won’t trust you and they will feel that their voices don’t count, so they will switch off.

We have to share our messages for sure, but we need to do it in a way that respects the free will, imaginations and experience of our audience.  We need to be prepared to be vulnerable and explain why these messages are important to us. And we need to invite people to discuss and explore them freely.

Last year, I ran workshops for a major retailer that involved groups of 100 managers sharing stories about why the new values and leadership behaviours would make all the difference to the business, to their customers and to themselves.  The participants were engaged, open and committed to making the change because the session was all about them and their stories, not about the board’s agenda.  The fact that their stories and the board’s change agenda became aligned in those workshops was what made it powerful and effective.

From Awful to Amazing

Next time you’re wanting to engage with and inspire a group of people, focus on the dynamics, the content and the message shared both ways. Then you’ve a much better chance of getting feedback like “I was expecting the session to be awful, but it was amazing. Thanks!”