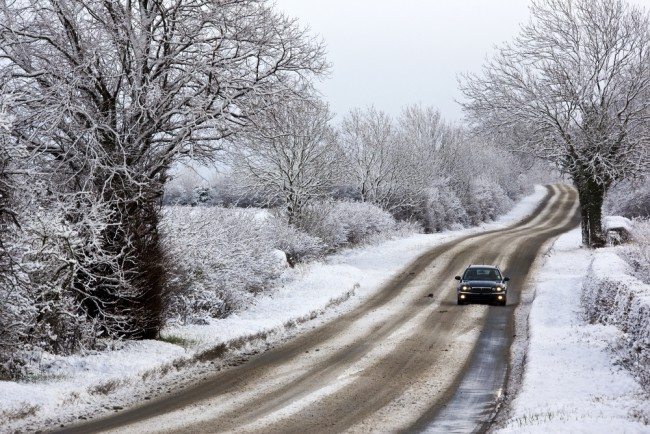 Whether it be storms, snow or flooding, the UK’s ever changing winter weather is notorious for grinding transport to a halt and costing businesses precious workforce productivity. Just last week, Storm Barney brought winds of up to 85mph to parts of the UK – causing disruption to trains and other transport links up and down the country.

The issue of the dreaded commute appears to be one that is getting worse. Not only are these disruptions a problem for businesses in the immediate, but it can also have an impact on employee mentality and in turn productivity in the long run. With research finding that people will spend over 10,634 hours of their career commuting to work – mostly in increasingly cramped and uncomfortable conditions. As delays and disruptions increase in the winter months, it is enough to frustrate even the most resilient commuter, leading inevitably to a drop in effectiveness at work.

The weather has always been a topic of concern for us Brits, yet we seem powerless when it comes to provisioning against it. The government has been criticised for its lack of a coherent and consistent strategy when it comes to dealing with extreme weather in the past, and no long term solution appears to have emerged. So, how can businesses combat the elements and remain productive? The key lies in working with your staff, and not against them, by creating a work environment that allows them to work anywhere – no matter the weather. Flexible working is no longer the novelty it once was; in fact arrangements are increasingly regarded as a right, not privilege, especially as the new generation starts to enter the workforce. As such today’s businesses are starting to rethink the way they provision their computing environment in the interests of agility through times of stagnation.

Turning to virtual technologies, including Desktop-as-a-Service and other cloud-based solutions, could be the answer.  If the workforce can access business critical information from any device or location this would reduce the need for many employees to waste hours battling the disrupted commute and could support hot-desking and other space saving working models. It also cuts down the risk of disruption should the office be left inaccessible due to extreme weather or other issues.

Employees normally tied to the office with a desktop PC are symptomatic of an old-fashioned and outdated approach to handling sensitive information and increasing productivity. Virtualising the desktop and applications is arguably the best way to secure your data and provide work location flexibility since the data and processing takes place in a datacentre not the end-user device. Face to face meetings are still a vital part of business communications, but having the option to work from different locations could prove valuable in enhancing both staff efficiency and employee happiness.

The adoption of cloud computing has been a critical turning point in unlocking employee productivity regardless of time or place. In fact, earlier in the year we commissioned research which found that when utilised properly the cloud gave businesses increased agility for 77 per cent of respondents, improved availability for 67 per cent, and 43 per cent claimed that the cloud gave them a competitive advantage.

Working practices have failed to catch up with the modern era. The need to go to the office on a strict 9-5 basis is an outdated concept that does not fit with today’s digital age, or the expectations of Gen-Y workers. A modern business needs to invest in modern solutions, giving employees the freedom they now expect.  Ultimately, an employee’s business contribution is not measured by their office presence, but in the results and value they supply – does the location from where these are achieved really matter?