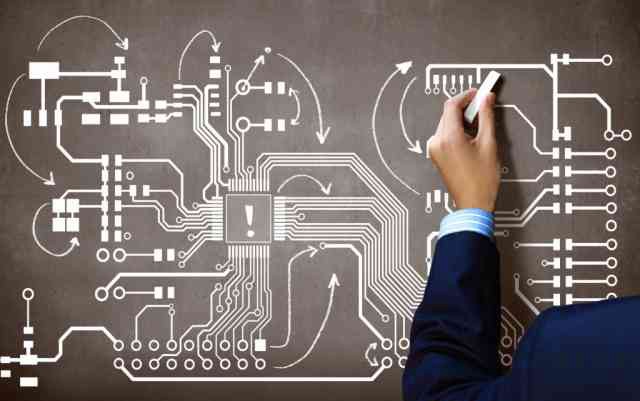 What cells are for the organism, printed circuit boards (PCBs) are for electronic devices! They’re used in almost all electronic products.

As the technology advances, the need for PCBs gets higher and higher. Of course, not all printed circuit boards are the same – they need to be designed for a certain purpose, something that’s done by PCB designers.

Actually, the designers are those who matter the most when it comes to the production of PCBs and their role is going to get even more important in the near future. Apart from designing whole new printed circuit boards, the designers are also in charge of many other tasks. For instance, their job is to test electronic components, compare different boards, and so on.

Although designing PCBs might seem like a difficult work, no one can say it’s not rewarding. According to a research, PCB designers in the USA make about $100k a year. The best thing is that this job is expected to become even more lucrative in the near future. Here are three reasons why!

PCB production is already a profitable industry, with the global market being worth around 60 billion dollars a year. A big percentage of that sum is spent on PCB design services. This isn’t a surprise knowing that all major industries are in need of PCBs.

Basically, without printed circuit boards, devices like capacitors, switches, transformers, and so on, would not exist. What this means is that PCBs are essential for the development of modern-day industries. They’re used in automotive industry, military, transport, pharmaceutical industry, and so on.

The future of PCB technology is very bright, given the fact that printed circuit boards are essential parts of the aerospace industry. As the world is entering the period of space exploration, with people estimated to get on Mars in the next couple of decades, the demand for specially-designed PCBs is going to become huge.

Actually, even today, a number of PCB designers are employed at SpaceX, where their role is incredibly important. The same is the case with NASA and space agencies from other parts of the world, most notably Roscosmos and CNSA.

PCB Design is Getting Easier

Along with the development of modern technologies that can’t do without PCBs, the software for PCB design is also getting better and better. Even today, there are lots of tools that make the job of PCB designers much easier. However, these programs are expected to get even more advanced very soon.

Big software companies like Altium and Autodesk are working hard to develop programs that will make the design of printed circuit boards even easier. This means that in the future, you won’t have to spend years in training to become a good PCB designer. All you will need is good software and will to play your part in improving the world around you.

All of this implies that those who are thinking about which career path to take should seriously consider becoming PCB designers!

Meet Morakhiya is a content strategist, expert freelance writer, and online entrepreneur. He graduated from Ahmedabad University with a degree of Bachelor of computer application. In his spare time, Meet is also partial to a sport of Cricket, not that he’s very good. He is an intern at AndroidHeadlines and a Benzinga contributor.