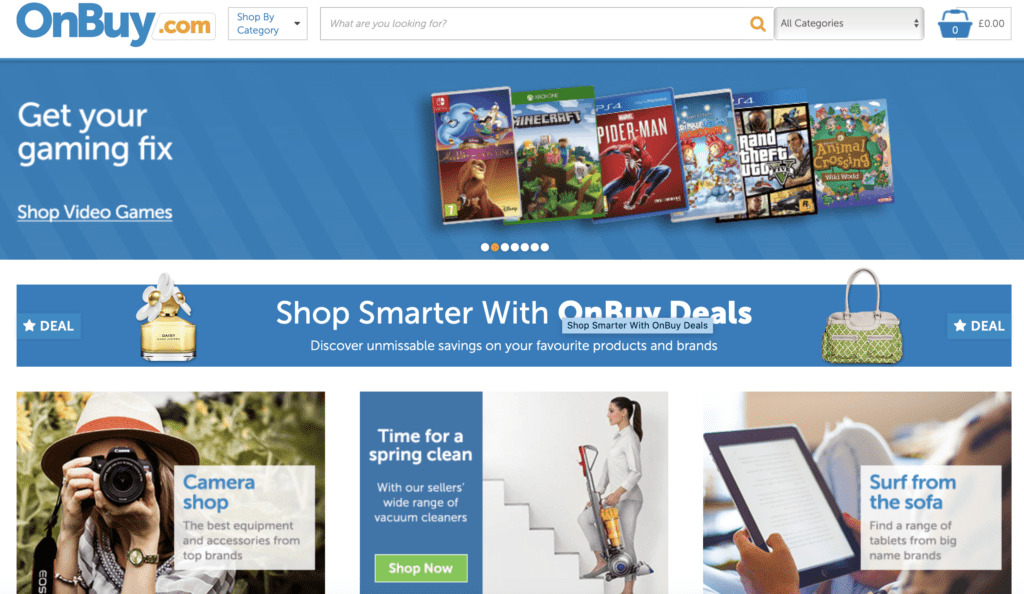 An online marketplace has been crowned the fastest-growing company in the UK by an independent report.

SimilarWeb’s April report shows OnBuy.com, having seen over 3 million monthly visitors in April alone, ranking as the fastest-growing company in the UK when considering companies with more than 250,000 monthly visitors.

In addition, the site ranks fourth in terms of visitor volume growth, only beaten to the top three by online giants Etsy, Halfords and Apple. OnBuy is also the fastest-growing company in the marketplace category across all traffic levels.

The online marketplace, which launched in late 2016, doubled its workforce in April to more than 30 members of staff, which included the hire of a new head of marketing, Josh Brooks and SEO manager, Arvid Linde, bringing 30 years’ combined experience across global regions to OnBuy in preparation for its planned launch into 42 new countries this August.

In early May, OnBuy opened up a £3 million investment round, following an average GMV valuation of £61.3 million for 2020, and raised the full amount within 11 days.

Last month, OnBuy chose to double its affiliate fees on all categories in response to Amazon cutting theirs, which has led to a 100% increase in publisher sign-ups.

The platform is now one of the world’s leading eCommerce marketplaces, offering competitive prices on millions of products supplied by thousands of online retailers. It does not compete with its sellers, hold any stock or sell any of its own products; instead, it invests all of its resources in growing its loyal international customer base for the sole benefit of its sellers.

Since its inception, OnBuy has partnered with more than 5,000 sellers – from household name brands to independent retailers – and offers more than 24 million products to over 8 million customers.

Cas Paton, founder and CEO of OnBuy, said:  “I am thrilled to see OnBuy exactly where it should be: ranked alongside some of the world’s biggest brands and getting the recognition it deserves. We have an enormous growth journey ahead of us and this is just the start of what we see as a rapid scale up, overseas and within the UK. We’ve worked tirelessly to build a sophisticated marketplace that serves both customers and sellers equally, and now we’re reaping the benefits of that hard work.

“We’re proud to run a business that gives customers access to both big name brands and independent sellers at competitive prices, especially given the current reality. Our growth shows that both sellers and buyers are crying out for a different online marketplace experience, and we’re ready and excited to be able to give them that at OnBuy.com.”