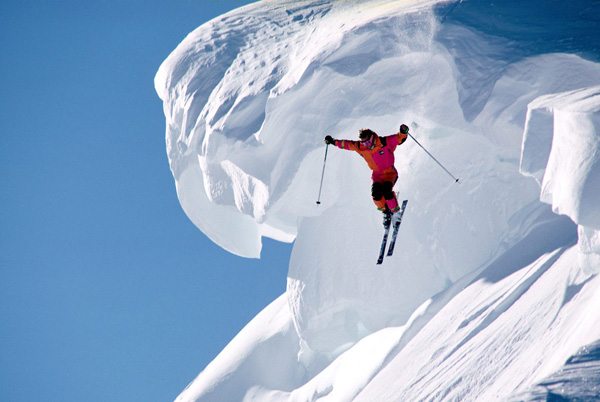 Octopus Investments (“Octopus”) has announced that it has made an investment, as part of a $3m round, into serial entrepreneur Alex Hoye’s latest venture The Faction Collective (“Faction”), a leading independent ski equipment and apparel provider. The investment will see Octopus invest alongside a group of leading angel investors to enable Faction to realise its potential as a major designer and manufacturer of ski equipment for freeride, freestyle and backcountry skiers.

Building on its success and global growth to date, with sales doubling in 20 countries this season, Faction will use the investment to expand its range of skis and other products, invest further in technology development and increase awareness.

The investment led by Octopus, has also been supported by existing investors including Swiss-based angel group Go Beyond and angel investors in the company. As part of Octopus’ investment into Faction, Simon Andrews, who led the deal for Octopus, will also sit on the board as a non-executive director.

Commenting on the investment, Alex Hoye, co-founder and CEO of Faction, said: “We are extremely pleased to have received Octopus’ support. The investment they have made, along with Go Beyond and our other investors, will allow us to pursue our growth ambitions and enable us to bring our new product lines to market. Our team and investors share our vision that Faction can be part of the double-digit shift in the $7 billion market toward freeskiing at the expense of snowboards and traditional skis. Octopus’ hands-on approach to their investments, combined with the expertise they collectively have across the team and the Octopus Venture Partners, makes them a valuable partner to have on board as we take the business through its next stage of development.”

Tony McWilliam, co-founder of Faction, added: “A ‘faction’ is a group formed to challenge the establishment. From the outset, Faction has focused on creating products that reflects this. This investment ensures that we will deliver more and better products to an Apple-inspired generation of skier brought up with the values we have. There is no substitute for a fanatic focus on design, quality and individual personality.”

Founded in 2006, Faction has developed a full line up of skis and accessories for winter sports. Designed and manufactured in Europe and endorsed by some of the industry’s leading athletes, the company currently distributes its products across North America and Europe. Earlier in 2012 Faction won the endorsement of multiple X-game champion Candide Thovex.

Faction and Candide also collaborated on the development of Faction’s new Superlight series of skis. About 800 grams lighter than traditional models, with cores built from recycled PET and flax with patented pressure treatment, they push the boundaries of ski technology.

Simon Andrews from Octopus added: “Faction has a strong leadership team which has made good progress to date in developing the business under the guidance of experienced entrepreneur and businessman Alex Hoye, combined with the design and product vision of Tony McWilliam. There now exists an exciting opportunity to build on its success and scale the business. We look forward to working with the team to realise the potential for Faction to become a major business in the winter sports equipment market.”

Octopus has a strong track record of investing in exceptional early-stage businesses that have the potential to dominate their industry supported by talented management teams. Previous investments made by the ventures team at Octopus include Zoopla, Graze.com, TouchType and Secret Escapes.