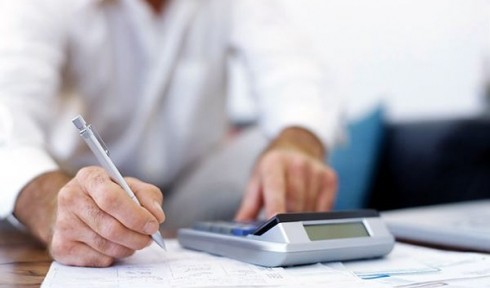 UK business is missing a major opportunity to reduce its business expenditure and retain profit during the current recession, according to new research conducted by YouGov.

The study – Is your Business costing you?  was commissioned by the Expense Reduction Analysts’ Centre for Cost Reduction, and gained insights on business expenditure management from 1,320 board directors and senior managers across the country and a range of industries.

It revealed that a significant proportion of companies are failing to increase their bottom lines through neglecting their cost base, so much so that half of all respondents felt they could achieve cost savings of 6% or more.

More than a third (34%) said that their organisations had not put in place any cost reduction programmes during the last six months since the start of the recession for main business expense items such as those covering property and premises, office and industrial supplies, car fleets, logistics, and managed services such as cleaning, catering, waste disposal and security. Indeed, less than 1 in 10  were very satisfied with their organisations’ drives to reduce such business expenditure.

Moreover, nearly half of respondents (46%) had not conducted any contract renegotiations with suppliers since September 2008 when the steep decline in the economy started. Where renegotiations have taken place, the study suggests that this does not seem to have gone far enough. Only 16% had gained an extension in credit terms; and just 8% had managed to change payment terms from advance to arrears. In addition just 36% had negotiated a reduction in prices and only 18% had agreed changes to service level agreements to be more appropriate to their requirements.

The survey also revealed that of those respondents, who had stated that their organisations had introduced a cost reduction programme for main areas of business expenditure, the majority (81%) stated this was in the form of a review. Only 22% said that this review had been done well. Furthermore, specific actions beyond a review were less evident. Just 33% of those interviewed said their organisations had measured cost reduction achievements and only the same percentage had benchmarked suppliers costs in the marketplace over the last 12 months.

The biggest barrier to reducing costs, as experienced by respondents, was lack of time (39%) . Negotiating (29%) and cost management (30%) were highlighted by respondents as the key skills gaps to support the reduction of costs in the future.

The study also showed that a significant number of companies are taking risks in the current economic downturn by not carrying out basic due diligence on their suppliers. Alarmingly, more than a third (39%) of respondents said they had not carried out any checks on the financial standing of their suppliers and 18% indicated that they had only conducted checks every year or longer than a year. More than a half of those interviewed (51%) did not feel their checks on suppliers were adequate enough. Respondents also showed they were not very aware of the contract terms, for example 30% did not know the notice period of their suppliers’ contracts

Says Robert Allison, Managing Director of Expense Reduction Analysts, the UK’s largest cost and purchase management consultancy: “It is clear that a major opportunity to retain profit during these harsh times is going begging.

“The prime focus for companies is the top line – with 57% of respondents stating increasing sales as the priority for increasing profitability. However, the study highlights that there is also a major opportunity to increase the bottom line by reviewing and taking action on day-to-day business expenditure, which in many cases has gone unchecked for a long time.

“The survey also reveals that there is an opportunity to renegotiate contractual terms harder with suppliers during these tough times, however this should not be at the expense of the quality of service you receive as this could impact on your service to customers.”

He added: “It should be noted that any reductions in business expenditure goes straight to the bottom line. Therefore on a typical industry profit margin of around 8%, a business would need to generate sales of a quarter of a million pounds to make the same bottom line impact as cost savings of just £20,000.”