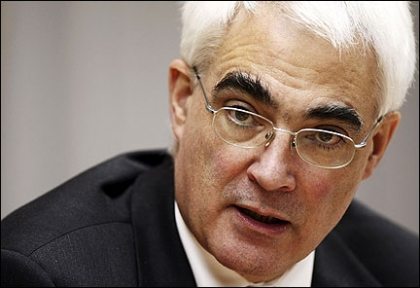 A scheme allowing loss-making small businesses to reclaim taxes on profits made in the past three years has been extended for another 12 months until November 2010, meaning that more than 100,000 businesses will have their losses wiped out, the chancellor said.

The Treasury is also introducing a programme to help prop up the credit insurance market, which offers vital protection for many small businesses. The insurance protects companies if a business partner goes bust, typically suppliers to retailers or manufacturers, but the insurance has dried up as the economic climate has worsened. Alistair Darling announced a top-up scheme under which the government will match private sector trade credit insurance if providers reduce their cover.

The ability to reclaim tax on previous earnings, which had been due to last only one year, was one of a series of measures introduced in the pre-budget report in November designed to aid struggling small businesses. Darling said that on average repayments would be worth £4,000 each year.

Darling said that more than 100,000 businesses employing over half a million people had taken up the option to defer their tax bills, another measure announced in the pre-budget report. In addition, he said, 800,000 smaller companies had benefited from the delay of a planned increase in corporation tax.

The government announced in 2006 that the rate of corporation tax for companies with less than £300,000 profits would increase from 19% to 22%. It is being phased in over several years and is currently at 21%. The final increase had been due this month but was deferred by a year in the pre-budget report.

Some small businesses will also be able to take advantage of some of the broader announcements made today, including the £750m strategic investment fund, aimed at firms in areas such as renewables technology.

There will also be frustration that Darling failed to extend a scheme giving relief on a tax on empty properties. The tax had been introduced to get empty buildings back into use but many property owners complained that the unintended consequence was to saddle small businesses with crushing debts and prompt many to demolish buildings rather than pay the tax. Under a scheme announced in the pre-budget report, empty commercial properties with a rateable value below £15,000 are exempt until 2009-10, covering 70% of all empty properties.

One of the main complaints of small businesses, that credit has dried up, was at least partly addressed in a scheme launched by the Treasury at the beginning of the year.

Details of the £1.3bn enterprise finance guarantee scheme, designed to get banks lending to small businesses again, were unveiled in January. Under the scheme, loans worth up to £1m each are 75% underwritten by the government, reducing the risk taken on by banks.

The scheme will run until March next year and can be used to provide new loans, replace existing debt or to convert an overdraft into a loan to make cashflow available. The scheme is open to businesses with turnover of up to £25m.

There have though been complaints that the scheme has been difficult to access and that some banks are charging punitive arrangement fees. There has also been criticism that the scheme does not provide anywhere near enough to support the sector.

A further £1bn was made available in November to back loans for exporters.

Companies can also access the capital for enterprise fund, a £50m scheme akin to private equity that allows small firms to swap debt for an equity stake in the business and a future share of profits.