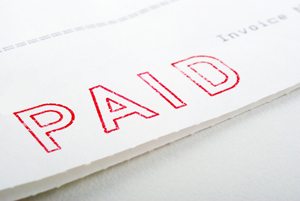 Whilst this sweet talking does speed up payments in business it appears the stick still wields more influence, as three in five businesses will pay bills more quickly if the contract signed has penalty clauses that see them penalised for late payment.

The research reveals the threat of legal action is enough to compel almost half of businesses to pay bills more quickly.

The threat of stopping trading with an enterprise would encourage less than a third of business to pay their bills more quickly. However, one in ten senior managers of UK businesses claim nothing will compel them to pay invoices more quickly.

Further findings from the research carried out by Creditsafe found that a quarter of companies stopped paying invoices for a period of time in the last 12 months, regardless of when the monies were owed.

This has significant implications for trade credit as organisations are being denied funds they are legitimately owed potentially forcing them to rely on cash reserves or short term borrowing facilities to meet their obligations.

Companies withholding payments claimed they did so primarily because they were managing internal cash flow although ten percent admitted it was because they could not afford to meet their obligations.

David Knowles, Business Development Director at Creditsafe, said: “It is good to see that old fashioned good manners still have a place in the world of business. However, penalty clauses seem particularly effective at encouraging payment and we may increasingly see firms introducing fines and late payment fees into the standard terms and conditions of contracts as a result of this research.

Firms that pay late need to realise with corporate payment data increasingly accessible they could be harming their chances of securing credit in the future and diminish the likelihood of enterprises trading with them.

Late payment of invoices is the scourge of the economy; it drives firms to use expensive short term borrowing facilities and is responsible for an unacceptable number of business failures.

With the jury still out over the success of project Merlin and the likes of Wonga, with its high APRs moving into the loans market for SMEs, concerns remain over effective financing of these enterprises and will be exacerbated by late payment of invoices.”