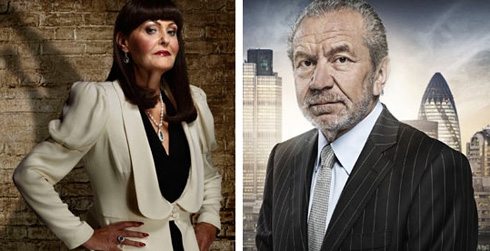 The list reveals the power of television as 8 out of the top 10 are all regulars on our screens with Alan Sugar star of The Apprentice topping the list of searches closely followed by business moguls made famous by Dragons’ Den – Duncan Bannatyne, Hilary Devey, James Caan, Deborah Meaden and Theo Paphitis.
Peter Jones and Simon Cowell also make the top 10 most searched directors list to further reinforce the growing power of television in influencing perceptions of what constitutes a successful business leader.
Michael Norcross, star of the The Only Way Is Essex and owner of the Sugarhut Nightclub in Essex highlighted in the popular ITV2 show was named the 11th most searched company director.
Also in the top 25 were a collection of well-known names including the mother and father of the future Queen, Carole Middleton (16) and Michael Middleton (22) and the infamous Katie Price (21).
Indeed Hilary Devey has taken Katie Price’s crown as the most searched for female business director in the UK.
Leading enterprising footballers with extensive company directorships and business interests were also heavily searched with Wayne Rooney (12), David Beckham (16) and Rio Ferdinand (20) all featuring high in the table.
The top 10:
David Knowles, Business Development Director at Creditsafe, said: “With reality television shows centred around entrepreneurship such as The Apprentice and Dragon’s Den securing huge audiences it is no wonder that the ‘real’ business people helming these programmes are being researched by other business leaders, managers and credit controllers wanting to learn more about them.  However, celebrity is no guarantee of success, remember when former star of Dragon’s Den Rachel Elnaugh saw her business Red Letter Days enter administration. So you can never be too careful when checking the health of a company you are dealing with.