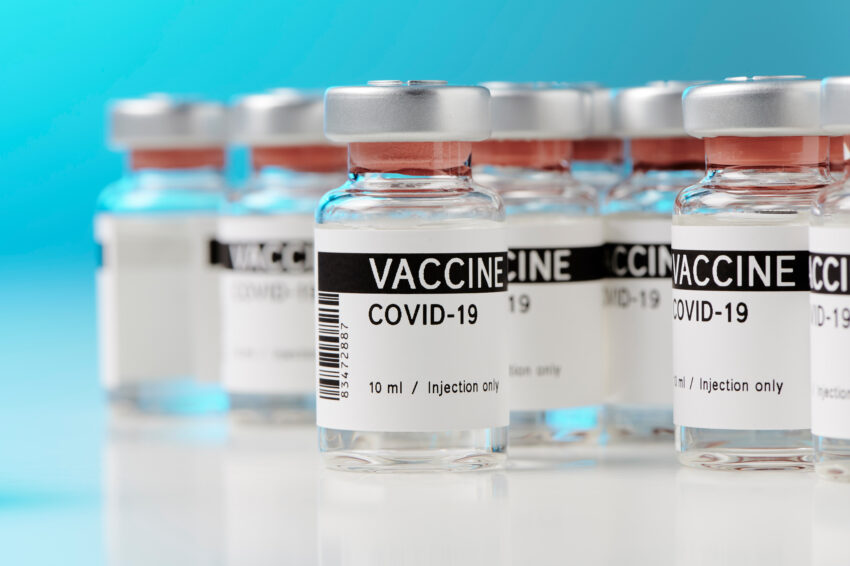 The defining characteristic of the stock market throughout 2020 and 2021 has been volatility.

You might even say volatility has defined news and world events the past couple of years. That makes it a great time for traders, with the potential for some quick gains. But it also requires a cool head, as there’s always the potential to start trading emotionally.

If you’re working with fundamentals, and have invested in a company long-term, then a smarter move may well be to buy the dip. But with vaccine companies seeing enormous gains this year, many investors have wondered, when does it end, and are vaccine companies still a good investment?

Is it the end of the uptrend?

If you’d jumped in on the big vaccine companies in 2020, you’d be looking now at the kinds of gains that only come along rarely. Pfizer, Moderna and BioNTech have been the big winners, but Moderna stocks took a plunge recently, and prices in general have dipped.

However, even during a dip, they look expensive. And you’d be right to take note of the fact that in most developed countries, vaccine uptake has now slowed. Furthermore, stocks rose on the back of an extremely unusual global event. There’s been a worldwide scramble to secure their products, and so as a result it’s been one-way traffic for the vaccine developers.

But as countries start returning to normal after a year or two of unprecedented global upheaval, it would appear that this uptrend for the vaccine makers must inevitably run out of steam.

Is there growth in developing countries?

On the other hand, there are still factors indicating further potential price increases. One such aspect is not immediately visible if you’re in a developed country, and that is the uneven global distribution of the vaccines.

As developed countries reach a point where vaccines have now been distributed, in developing countries, the products have barely been rolled out at all. If it were the case that these regions were to follow the same trajectory as developed nations, then the price should continue to increase. That’s a significant if though. National resources, government policy, and general public demand are not uniform the world over.

What about booster shots?

The other factor is booster shots. If vaccine recipients are scheduled to have boosters every year, or perhaps even twice a year, that would be reason to think stocks might hold up.

However, those would be single shots, immediately halving the amount of product required. Furthermore, it’s unrealistic to imagine that everyone who took the initial shots will line up indefinitely for boosters.

Couple this to the fact that we’re dealing with an unknowable factor: how the virus itself will evolve, along with a more predictable one: human psychology. Whatever happens, perceived levels of threat and fear cannot continue forever, and as they recede, so does demand for and compliance with protective measures.

Moving on from Covid-19

A more productive future for the vaccine manufacturers, which is attractive to investors, lies away from Covid-19, and one key area is in creating mRNA vaccines against cancer.

Moderna and BioNTech both have vaccines for cancer in early stage testing, and Moderna has oncology partnerships with AstraZeneca and Merck. BioNTech is reported to have 22 drug candidates in development, with half of those in early clinical trials.

In addition to vaccines, there is also ongoing research into personalized gene-based cancer therapies. BioNTech has partnered with several companies to this end, and is also researching vaccines for HIV and tuberculosis.

A final consideration is that the research work being done on vaccines is based around a non-exclusive license of mRNA technology patents. Essentially, the market is open to competitors. This indicates that while there is still further price growth to be expected, as time goes on it will be gradually eroded into by smaller competitors, who will catch up and make their presence felt.

One competitor to keep an eye on going into the next year is Novavax. Trials of its Covid-19 vaccine have been positive in the UK, but its US trials appear to have been delayed. However, if US results go the same way as UK results, then we can expect that its vaccine will become available. It’s then possible that it may be an improved product with a better safety profile, compared to the competitor vaccines that rolled out first. Additionally, Novavax has posted positive data on a flu vaccine that it’s been trialing.

All things considered, Novavax may be the undervalued contender.